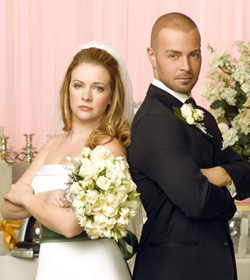 Hart and Lawrence co-starred in the 2009 ABC Family movie “My Fake Fiancé,” (pictured) and network President Paul Lee said the new series was developed with them in mind. Both actors serve as executive producers on the project.

Hart will portray the grown-up former wild child of a political family who is now a local politician forced to care for her teenage niece and pre-adolescent nephew after her sister is jailed, while Lawrence portrays the family’s nanny. Good news for hopeful child actors this pilot season – children will soon be cast in the roles of Hart’s niece and nephew.