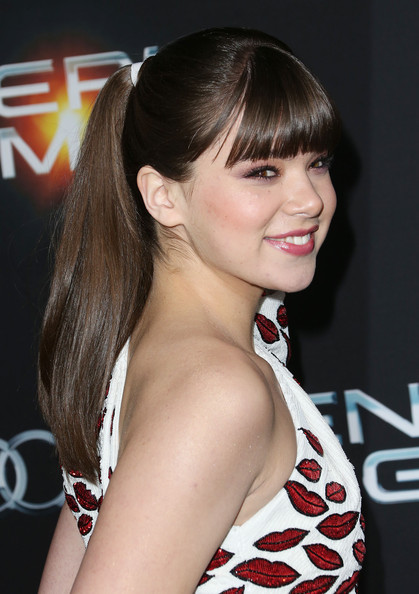 Hailee Steinfeld, 16, at the premiere of her new film “Ender’s Game.”

Saint Laurent was the designer of choice at Monday’s Premiere of Ender’s Game at the TCL Chinese Theater in Hollywood.

The film’s young stars, Asa Butterfield and Hailee Steinfeld, both 16 years old, stood out among their legendary co-stairs as they celebrated their sci-fi movie, which is set to open nationwide tomorrow, November 1. 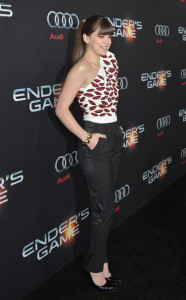 Hailee is on the fast track to owning some of the most memorable fashion moments of the year. Her choice of the Spring/Summer 2014 YSL collection, with an intentionally 80’s vibe under the direction of Hedi Slimane, will certainly cement her on the fashion map. I adore the red lip motif of her one-shoulder blouse that is perfectly paired with sleek black tuxedo trousers.  And the bangs! I’m seriously loving her hair.

The film’s star and namesake, Asa Butterfield, who channels a young Elijah Wood with the piercing blue eyes, chose a single-breasted tux with satin lapels from the SL Ready to Wear collection. This was a major step up from his more casual looks at the movie’s photo calls across the globe. 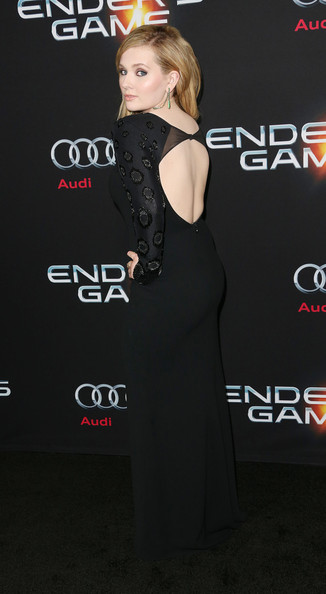 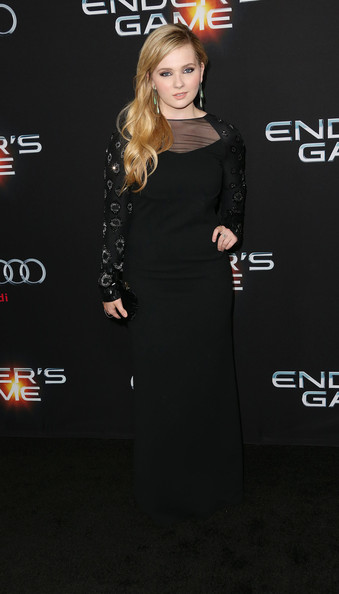 Finally, film veteran Abigail Breslin, 17,  looked sophisticated in Halston Heritage. The long black gown with sheer embroidered sleeves had an open back that was accentuated by her side-swept blonde locks. She added a pop of color with dangling green earrings and completed her look with dramatic cat-eye makeup (like an homage to the iconic 70’s American designer). The Platinum locks appear to be a thing of the past and we love the natural honey-toned blonde she’s wearing now.

What did you think of their looks?