Majestic Actors Casting has free tickets to tapings of the new Nickelodeon show,“Figure it out!” at Paramount Studios. Every Figure It Out episode features celebrity panelists from your favorite television shows VICTORIOUS, SUPAH NINJAS, iCARLY, BUCKET AND SKINNER, BIG TIME RUSH, FRED THE MOVIE, HOUSE OF ANUBIS and more! Celebrities are trying to guess kid contestants unique talents and skills by asking “yes or no” questions, while simultaneously being bombarded by messy visual and tactile clues. If, after three rounds, the panel still can’t figure out the kid’s feat, the contestant takes home the grand prize. Each game culminates in the reveal of the talent with an in-studio demo. 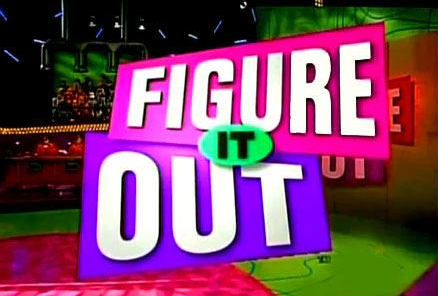 The minimuim age is 8 yrs old and all parents welcome.

If you would like to attend please email requests ASAP to talent@majesticactors.com and tell them Hollywood Mom sent you!

About Figure It Out!

Nickelodeon has just ordered 40 new episodes of their popular game show from the 1990s, “Figure It Out,” a show that celebrates kids and their often bizarre talents.  Marjorie Cohn, president of development and original programming at Nickelodeon says, “In this internet age where kids are expressing themselves online, it feels timely to give them a TV platform to showcase those talents in a uniquely Nickelodeon way.”