FULLER HOUSE Child Actors Now Cast! Former FULL HOUSE Child Stars Candace Cameron Bure and Andrea Barber are all grown up and reprising their roles as DJ and Kimmy respectively. In the new storyline, D.J. and Kimmy will raise their children together as single moms after the death of D.J.’s husband, also bringing in Stephanie (Jodie Sweetin) to help out.

So who are the new child stars of the Full House

Campion plays Jackson, D.J.’s older son who struggles with the loss of his father by breaking rules and stirring up trouble. He takes after Uncle Jesse (John Stamos) in that he plays guitar and is a bit of a ladies’ man.

Harger plays Max, described as smart and curious, and takes after his grandfather Danny (Bob Saget).

Bringas will play the role of Ramona, Kimmy’s half-Hispanic daughter, who blames her mom for breaking up with her trouble-making dad.

Bure told the news outlet of the kids,

[quote style=”boxed”]They are so good, they are so funny. Casting did a really, really good job. And they went on a very big wide search for these kids, and they came up with winners![/quote]

Don’t remember the series? Order the complete series set and catch up before FULLER HOUSE debuts on Netflix next year! 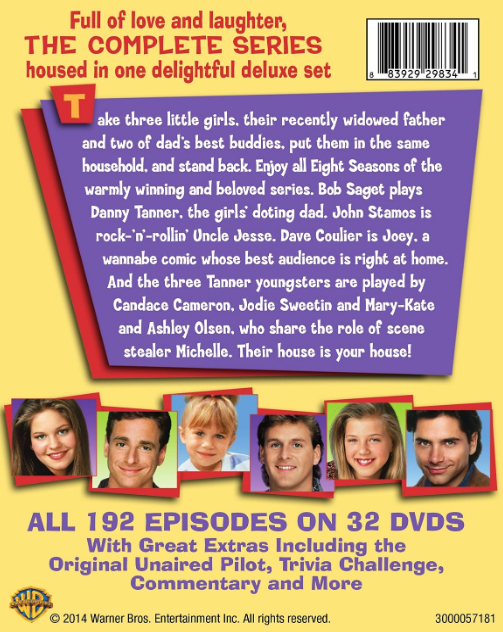