Debbie Entin Garner, children’s talent manager for RisingTalent.net, (aformer actor/model herself with more than 20 years experience) will be teaching acting and modeling classes with professional actor Jordan Warkol (child star of  the “Little Rascals” 2002 remake), at the West Valley Actors Space in Woodland Hills, CA. This acting class is specifically geared for young children ages 4 to 8 years, while their modeling class is open to youth ages 4 to 18. 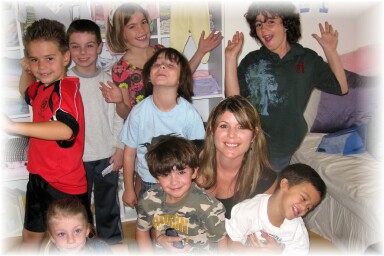 Debbie & Jordan’s Youth Acting Class will teach stage presence, build self-esteem and create a strong foundation in acting technique. During class, Debbie and Jordan will provide the young talent with interactive tools such as theater games, improvisation, commercial cold reading and mock interviews. It promises to be a very fun and up beat class. The series will culminate in a showcase for all the parents during the last class meeting.

What: Acting Classes for ages 4 – 8 years

The team’s Modeling classes will both introduce children to and teach them about the modeling industry while also building their own modeling portfolios. Each child will have the opportunity to shoot with top photographers and work on their modeling technique and each “photo shoot” will be a unique experience with different themes.  By the end of the series, each child will have many photos which can be used to complete a portfolio or modeling card and Parents will marvel at their child’s transformation over the course of 6 weeks.  Photo shoots will be held at various locations to be announced.  When the children are not participating in one of the scheduled photo shoots they will be in a class learning to walk a runway, poses, reviewing pictures from previous shoots and  learning how to do commercials.  If age-appropriate, children will also learn about modeling specific make-up, hair styles, and clothes.

The last modeling class will be a runway show for the parents!  If your child is interested in starting a modeling career, Debbie will help send their pictures to top modeling Agents.

What: Modeling Classes for ages 4-18 years

Where: Valley West Actors Space and various photo shoot locations to be announced.

If you would like to hold a spot in either class please email your child’s information and class preference to actandmodel@gmail.com or by calling 818-445-7555.  West Valley Actor’s Space is located at  22743Ventura Blvd., Woodland Hills CA 91364. Their website is www.ValleyActors.com 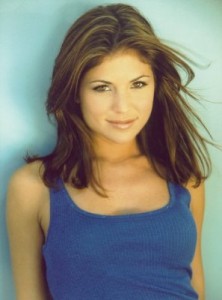 * Debbie Entin represents kids and young adults via RisingTalent.net in television, film, print, modeling and commercial advertisements. Her clients have appeared in shows like “The Suite Life on Deck,” “Out of Jimmy’s Head,” “Ugly Betty,” “ER,” “Zoey 101,” “Cory In the House,” “i Carly,” “Victorious,” “Dexter,” “The Closer,” “How I met Your Mother,” “CSI,” “Everybody Hates Chris” and commercials for McDonalds, Pepsi, Saturn, Ford, KFC, Coca Cola, and Disneyland.  Her young clients have also completed modeling jobs for many of the fortune 500 companies.