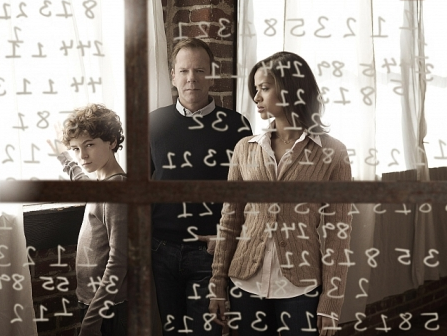 David Mazouz plays Jake, a mute child with an obsession with numbers and patterns which, if deciphered properly by his father (Sutherland), lead to worldwide human connections.

Kiefer Sutherland returns to primetime Wednesday in the Fox drama Touch, as the father of a child who has never spoken and doesn’t communicate in any traditional ways.  Touch was created by Tim Kring, (Heroes).

Like the heroic characters in Hereos, in Touch Jake has super abilities only his are with numbers and patterns which, if deciphered properly by his father, lead to connections among people worldwide. 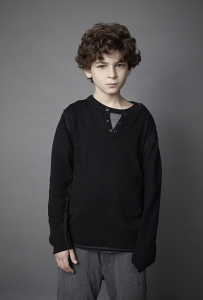 According to Kring, finding the right actor fir the part was difficult as the role requires an ability to affect the blank, isolated look often seen in children who have autism, yet also to suggest there is a lot going on behind the eyes.

Kring told the NY Times, “David is an extraordinary child. He is extremely focused, and you can see the internal life in him. He’s also very still. Most kids we auditioned, you’d catch moments here and there between their general fidgetiness.”

Jake is silent to the other characters but his thoughts are heard in voice-over. “Because we hear his internal voice, we have an understanding of just how intelligent he is, so we had to cast someone who fit that,” Kring said.

Mazouz is represented theatrically by Wendi Green, Paradigm, and Jeremy Apody, Abrams Artists, commercially. Prior to landing the role of Jake, David worked on episodes of Mike and Molly, Criminal Minds, Private Practice and the tv movie Amish Grace.

Kring and his team try to establish early on that, although Jake might look autistic, Touch is not about autism, and Jake’s condition is something else entirely.

“In the pilot, we were pretty set on trying to state that as early as possible,” Kring said. “Clearly, the autism community deserves to have champions out there, but, by the same token, we wanted to have the ability as storytellers to float above reality a little bit. There’s something special going on with this child — something metaphysical, almost supernatural.”

In the premiere, Sutherland finds his way to a some answers when he meets a character played by Danny Glover, who tells him that Jake essentially has psychic powers.

“Your son sees everything,” the character says: “the past, the present, the future. He sees how it’s all connected.”

Then he adds, “It’s a road map, and your job now, your purpose, is to follow it for him.” 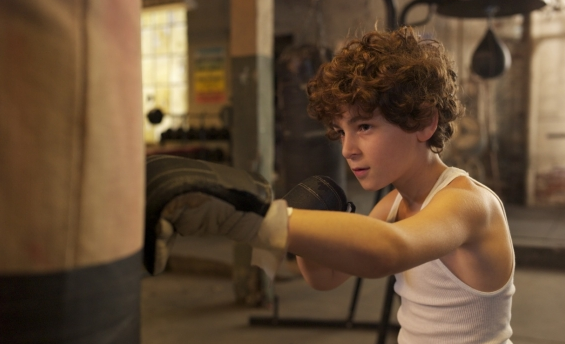