You are here:Home-CHILD ACTORS, Child Stars, In the News, THE BUZZ-Thanks to @Twitter, Celebrity Child Star @HaileeSteinfeld Lands in “Endlessly” Music Video for @TheCab & New Bestie @Alexanderdeleon!
Previous Next 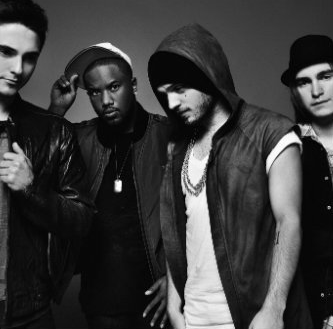 For those of you dying to catch another on-screen glimpse of  Hailee Steinfeld since her debut in True Grit, the wait is finally over! And if you thought Hailee was all about acting, you’d be only partially correct. She’s all about twitter and all about music too!

The alt-rock band The Cab has premiered a new music video today through Vevo, for their hit single “Endlessly” (co-written with Bruno Mars), and it stars celebrity child star and Academy Award nominee Hailee Steinfeld (True Grit).  The video, directed by Elliot Sellers, was shot in Los Angeles for the track off the bands latest release, “Symphony Soldier,” which debuted on the itunes charts at #6 and has sold over 300k singles, is available now here.

TeenVogue got the inside scoop with interviews with both Hailee and The Cab lead singer Alex DeLeon, featuring some behind-the-scenes photos shot by Hailee herself.

“‘Endlessly’ has been the music video we have been dying to make for the past year,” says The Cab‘s lead singer Alex Deleon. “In a way, this song is our baby. Lyrically and melodically this song is one of my favorites I’ve ever done and to have written it with one of our idols (Bruno Mars), we knew the video had to be just as good. A few years ago I saw a movie called ‘True Grit’ which starred actress Hailee Steinfeld who completely stole the show and had one of my favorite performances by an actress that I’ve seen in awhile. I found out she was a fan of our band, and more specifically the song, ‘Endlessly’ and needless to say I flipped with excitement. I reached out to Hailee and she came to one of our LA shows where I dedicated [the song] to her. Fast-forward and we kind of became best friends. She is one of my favorite people in the entire world and I believe in her talent so much. I was nervous to ask her to be apart of the ‘Endlessly’ story and be in the video, but when she said yes, the rest was history. We found a great director in Elliott and it all came together perfectly. I couldn’t be happier with it and to have worked with Hailee and Elliot,” says Deleon.

Hailee Steinfeld weighs in, “I never thought a random fun tweet would suddenly have me filming a music video with The Cab. Alex Deleon made my day when he tweeted back and dedicated this song to me at one of their concerts. Before I knew it, I was filming this awesome music video for ‘Endlessly’ and having one of the coolest experiences any huge fan could have.”

The Cab recently signed with Universal Republic Records, and just returned from a tour with Maroon 5 throughout Asia and Australia.

“One of the most unique rock bands out there.” – The Salt Lake Tribune

Check out more from The Cab here:  http://www.thecabrock.com/ and https://www.facebook.com/thecab