You are here:Home-Former Child Stars, THE BUZZ, Then & Now-THEN & NOW: Former “FULL HOUSE” Child Star, Candace Cameron Bure, Shares Her Fitness Story in “Reshaping It All”
Previous Next 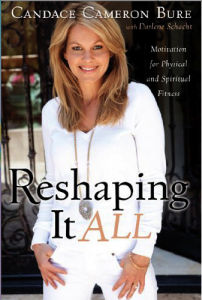 It’s that time of the new year when resolutions are made to lose weight and become more fit, and former Full House child star, Candace Cameron Bure has written “Reshaping it All,” to help motivate us in that regard. However, the svelte star is quick to point out that this is not some new or faddish diet plan, but a recounting of her personal discovery that physical and spiritual fitness go hand in hand.

In the 1980’s the Cameron Family was sitcom royalty. Candace starred for 8 seasons on the hit ABC television series Full House, still syndicated in more than 100 countries, while her older brother Kirk Cameron was the star of his own television series, Growing Pains (1985–1992). You may recall that Candace played the pretty, elder sister D.J. of the Tanner clan, spending most of those on-camera years with chubby cheeks and long, golden hair. Of all the child actors on the show, she was the one I believed would be the big break-out star. Below is an excerpt from her book which acknowledges her Hollywood Mom And Dad: 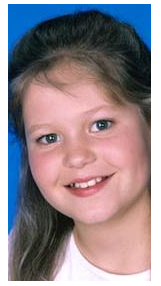 In recent years, Candace’s healthy lifestyle has been featured in magazines and national talk shows including The View and NBC’s Today. In “Reshaping It All,” she continues the story, inspiring women to embrace a healthier lifestyle by moving faith to the forefront, making wise choices, and finding their worth in the eyes of God. Candace shares a candid account of her struggle with food, bout with bulimia and ultimately her healthy outlook on weight despite the toothpick-thin expectations of Hollywood.

More than a testimony, her account is a motivational tool that will put readers on the right track and keep them there. In addition to practical advice, Candace offers a biblical perspective on appetite and self control that provides encouragement to women, guiding them toward freedom.