Chloe Moretz Wins Lead Role in the film adaptation of “Emily the Strange” and Nearly Every Hollywood Movie in Production.

You are here:Home-CHILD ACTORS, Child Stars, In the News, THE BUZZ-Chloe Moretz Wins Lead Role in the film adaptation of “Emily the Strange” and Nearly Every Hollywood Movie in Production.
Previous Next

Chloe Moretz Wins Lead Role in the film adaptation of “Emily the Strange” and Nearly Every Hollywood Movie in Production. 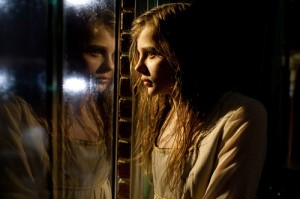 Go Chloe! As of this moment, Chloe Moretz is undoubtedly the hottest teen actress in the universe. Moretz is officially attached to play Emily in the Universal Pictures property “Emily The Strange,” acquired from Dark Horse Comics. The “Emily” franchise was created by Rob Reger and his company Cosmic Debris in 1993 and it is licensed in 35 countries.

“When I first met Chloe I knew I found my Emily,” Reger said. “She really identifies and understands the character, and has what it takes to bring her to life.” The film will be produced by Dark Horse’s Mike Richardson and Reger will be executive producer along with Keith Goldberg. 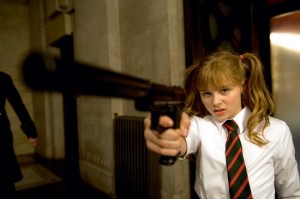 Aside from the expectation that Moretz will reprise her role as Hit-Girl in the “Kick-Ass” sequel, she is currently starring in the Martin Scorsese-directed “Hugo Cabret,” and stars in this Fridays horror release “Let Me In,” playing the young vampire in the remake of the Swedish film “Let The Right One In.” She also stars in the upcoming drama “The Fields,” and it’s rumored that she may snag the lead in the highly anticipated “The Hunger Games,” although that potential casting choice is all ready mired in “white-washing” controversy reminiscent of  M. Night Shalaman’s “The Last Airbender”

Moretz is repped by WME and 3 Arts.