A few weeks ago, my daughter Jordan, her pal Hailey and I were able to catch a sneak peek of Disney’s Monsters University on the Disney lot in Burbank. What a treat!  @MonstersU opens nationwide today and I highly recommend it for the entire family. The two teens I had in tow loved this movie. It has all of amazing characters and heart we expect from Disney and all the phenomenal animation of a Disney-Pixar collaboration. For added fun check out this activity sheet and this coloring page! 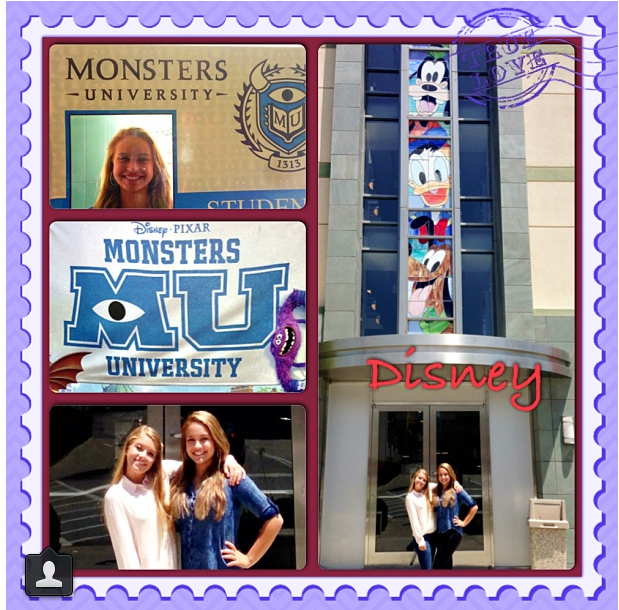 In this prequel to Mosters Inc. we learn that Mike Wazowski’s (voice of Billy Crystal) lifelong dream is to become a Scarer at Monsters, Inc.—and he’s sure he knows just how to do it. Ever since he was a young monster, Mike’s had his eye on Monsters University, home of the world’s top Scare Program. Now a freshman and hopeful Scare student, he’s well versed in the rich history, theory and technique required to reach his goal, and the little green one-eyed monster has more confidence, enthusiasm, determination and heart than all of his classmates combined. But unexpected roadblocks derail Mike’s plans and he’s forced to team up with a group of misfit monsters and an unlikely ally to give it the old college try and pull off the biggest coup in the University’s history. 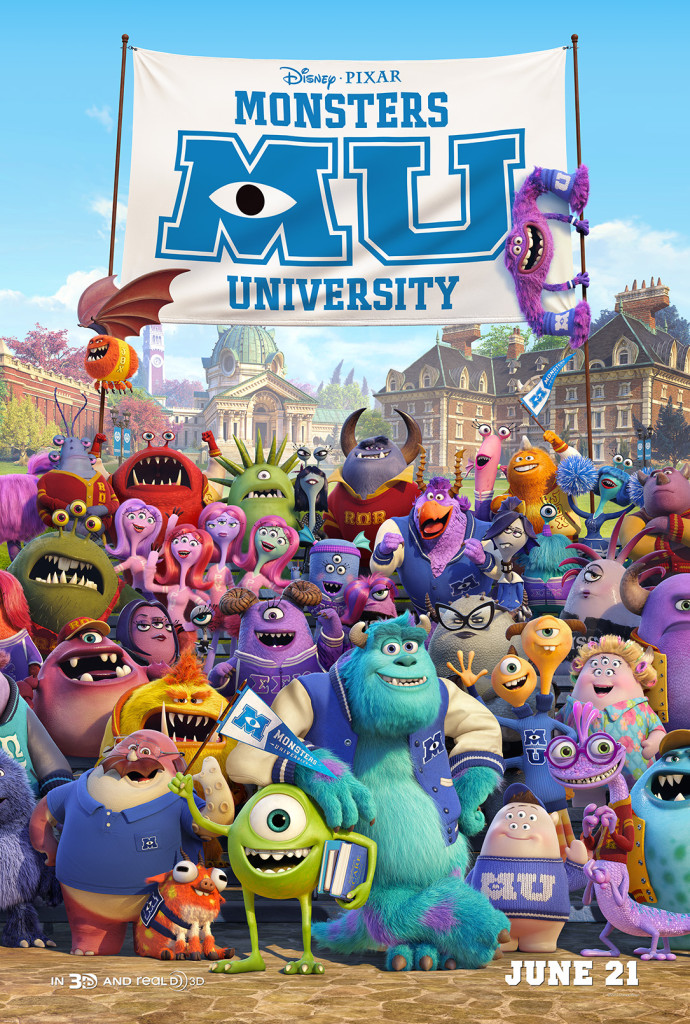 Mike Wazowski and James P. Sullivan (voice of John Goodman) are an inseparable pair, but we learn in Monsters University that this wasn’t always the case. From the moment these two mismatched monsters met they couldn’t stand each other. “Monsters University” unlocks the door to how Mike and Sulley overcame their differences and became the best of friends. 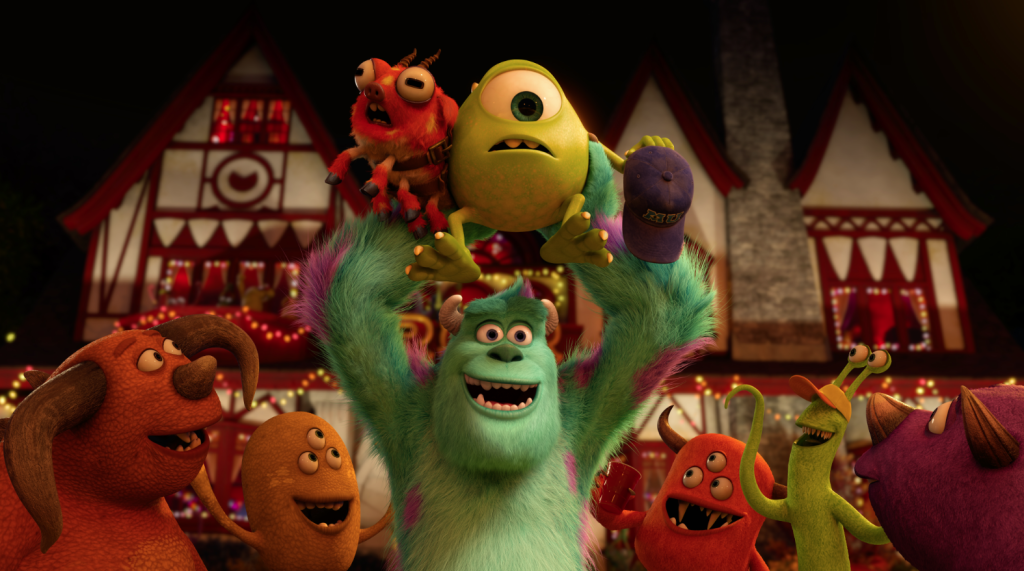 Screaming with laughter and fun, “Monsters University” is directed by Dan Scanlon (“Cars,” “Mater and the Ghostlight,” “Tracy”) and produced by Kori Rae (“Up,” “The Incredibles,” “Monsters, Inc.”). The film opens in U.S. theaters on June 21, 2013, and will be shown in Disney Digital 3DTM in select theaters.