According to TMZ,  Child Star Ty Simpkins, 13, has booked not just one, but two enormous film franchises.

You may recall Ty Simpkins starred in the Shane Black directed Iron Man 3 as Harley Keener, the young boy who assists Tony Stark (Robert Downey Jr.) in his hour of need. It’s being widely reported that Marvel has signed Ty Simpkins for three sequels in the Iron Man franchise. 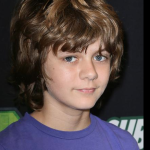 Child Star Ty Simpkins, all ready a seasoned vet of acting at age 13, began his show biz career as a baby on the daytime soap operas One Life to Live and Guiding Light. He quickly graduated to blockbusters like War of the Worlds, Little Children, Insidious, and Revolutionary Road.  His older sister Ryan Simpkins is also an actor and the siblings have worked together on screen numerous times.

Ty Simpkins is represented by ICM theatrically, AEF for commercial and 15 Minutes PR.

Next up for this rising child star is Meadowland with Juno Temple and Olivia Wilde, Funny or Die’s short Barbados and the family film Conversations with Andy.