It’s been such a busy week for our young celebrities that it’s almost impossible to keep up. I pulled some fashion moments together into one post of fabulosity from the Captain America: The Winter Soldier Premiere, Paleyfest 2014, and Zooey Magazine. 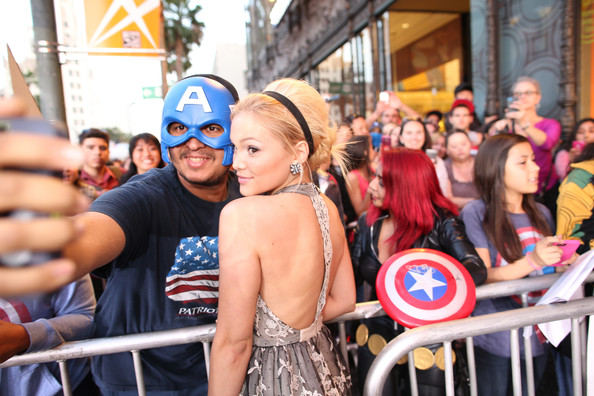 Disney Child Star Olivia Holt poses with a Marvel Avengers super fan as she walks the red carpet March 13 in Hollywood for Captain America: The winter Soldier, effectively stealing the show with the best photo of the evening.

A few days later, the Pretty Little Liars cast brought their social media domination to Paleyfest at the Dolby Theater in Hollywood, and there was even an Ellen-style selfie to commemorate the day. 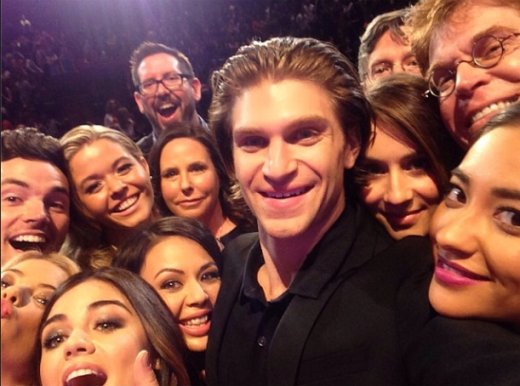 While all the girls play the same age on screen, only Sasha Pieterse (far right) is actually a real teenager. The 18-year old wore a Marni Spring 2014 sleeveless blouse with black, grey and green floral box pleat skirt.  She also went for vintage Old Hollywood styled hair and natural makeup. Her shoes were a little blah, but I forgive her. 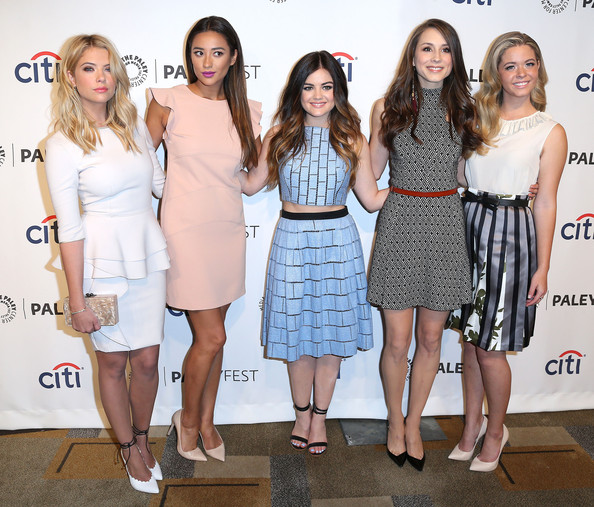 The Pretty Cast of “Pretty Little Liars” at Paleyfest 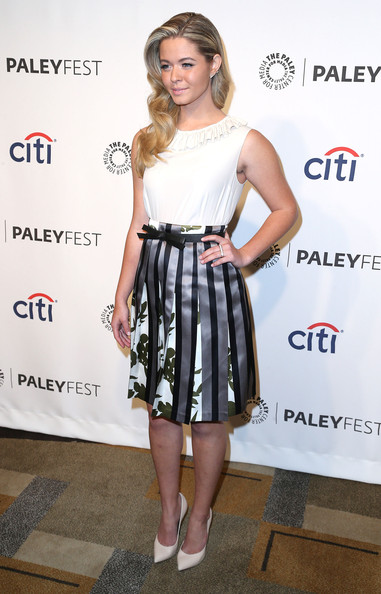 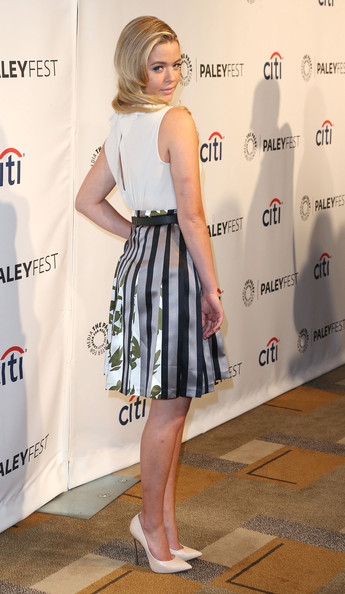 Last but not least is top child actor Bailee Madison, 14.  The young actress has long been a fan of fashion and now that she’s a teen she’s gracing the covers of more and more magazines.  Bailee recently shared on Instagram her excitement over appearing in the 19th issue of Zooey Magazine wearing pieces from Sole Society, Stella & Dot, Ruche, Darling, Tommy Hilfiger, and Dear Creatures. The issue of Zooey Magazine is available in Barnes & Noble or for purchase online. Look for her next month on the cover of Afterglow! Read more about the day of shooting and watch video coverage here! 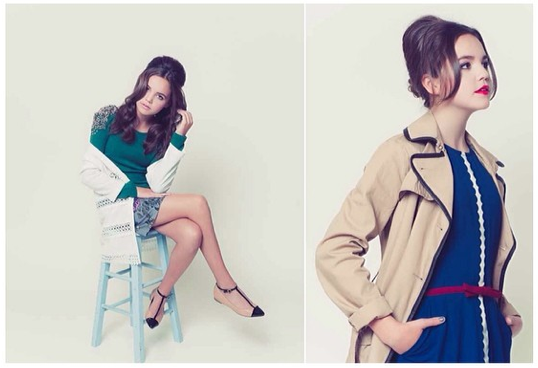 Now a teenager, Bailee Madison is embracing her inner fashionista!