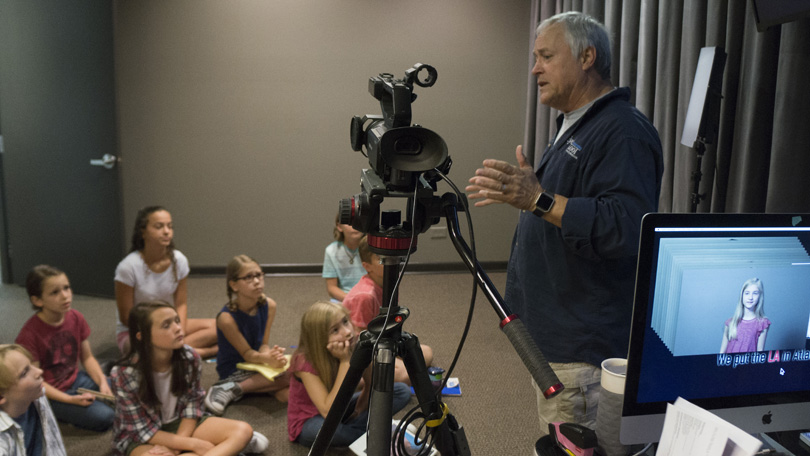 Atlanta Acting Arts was established in the summer of 2016 with a clear mission to expose Georgia Actors to L.A. industry standards in order to improve their performance and enhance their show-business knowledge.  Owners Barbara Divisek, Karen Divisek and Ray Bengston are award-winning producers, writers, directors, casting directors, and acting coaches. They view themselves as partners with their students, staff, and the entertainment community.

As a result, Atlanta Acting Arts is committed to delivering the highest standards for actors working in commercial, feature, and theatrical productions.

During Parent-only Discussion Group, all Child Actors will work on auditioning skills in another studio area at Atlanta Acting Arts.

Class is Limited to only 20 people per session. 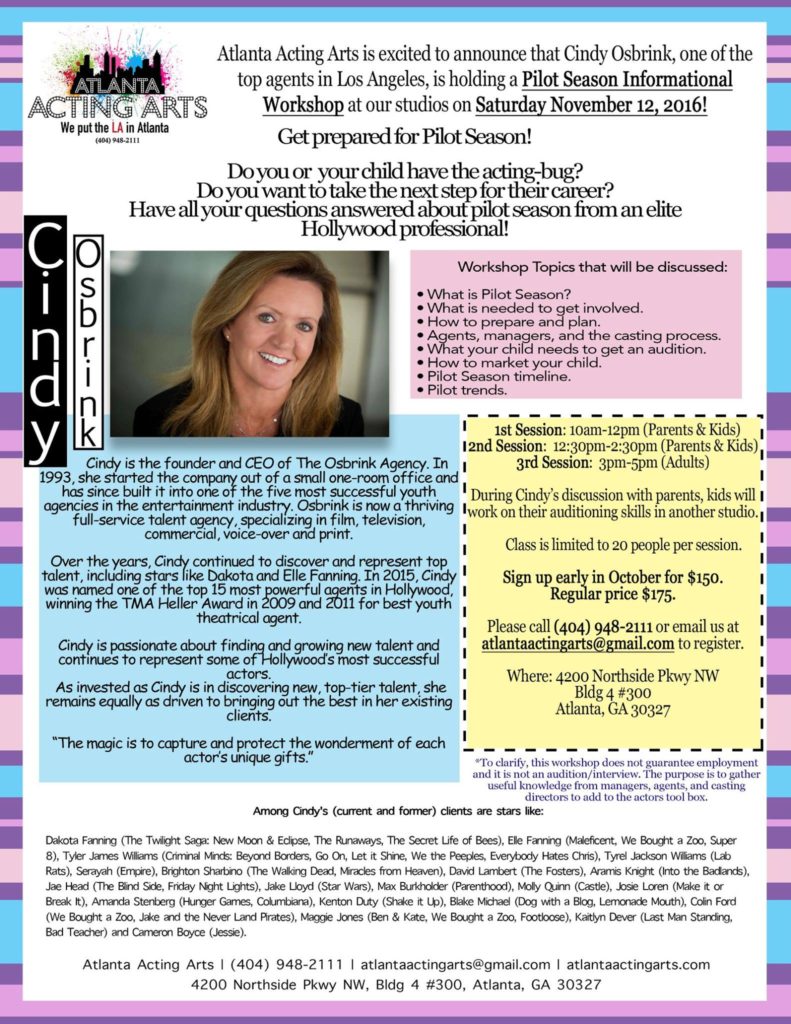 *To clarify, this workshop does not guarantee employment and it is not an audition/interview. The purpose is to gather useful knowledge from managers, agents, and casting directors to add to the actors tool box.

Cindy founded her namesake agency two decades ago, and it’s now a prestigious full-service agency, which provides the Entertainment and Fashion Industry with many of the most visible clients in film, television, commercials, voice-overs and print.

Cindy is named one of the Top 15 most powerful agents in Hollywood, winning the TMA Heller Award (in 2009, 2011) for best youth theatrical agent. And of course Osbrink is on HMB’s list of the Top 10 Talent Agents for Child Actors! Cindy and I serve together on the Advisory Committee for the Actor’s Fund’s Looking Ahead Program.

Osbrink’s TV and Film Departments are separated into two divisions: Youth Theatrical and Young Adult Theatrical. Osbrink repeatedly reaffirms its stronghold in the industry by identifying and developing some of the most famous youth working in TV and Film.

The commercial Youth division is the foundation for preparing young clients for success while their adult division’s own major accomplishment’s has made it the benchmark for “who’s who” in the competitive commercial market.

Fashion, Editorial and Advertising are all channeled through Osbrink’s modeling Divisions. The Youth side is a powerhouse in Los Angeles.

Additionally, Osbrink is the only agency with an in-house publicity division. This service provides a unique, hands on approach of the development of their clients.