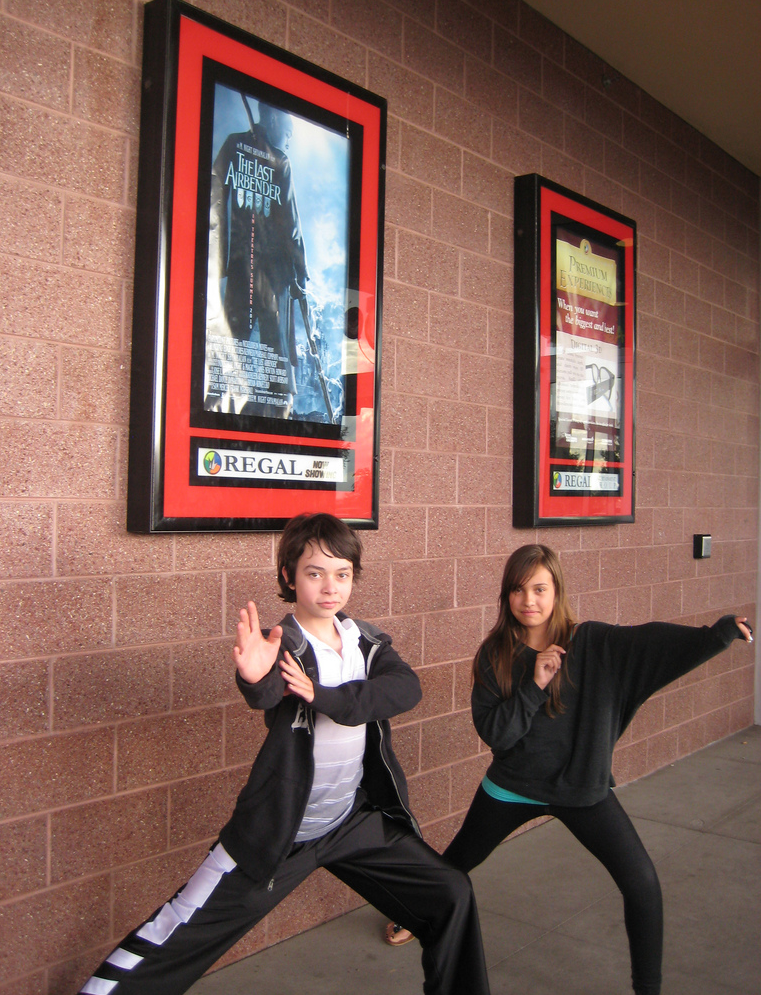 Noah Ringer shows Jordan some moves from his film "The Last Airbender."

DreamWorks Studios is holding an open casting call this Saturday, December 4, 2010, for the lead role of “Josh” in its upcoming movie Welcome To People starring Chris Pine and Elizabeth Banks. This is the feature film directorial debut of writer/producer Alex Kurtzman (Transformers, Star Trek) with the script co-written by Kurtzman & Roberto Orci and Jody Lambert (Of All Things).

They’re looking for a male, 11-13 years old, Caucasian, athletic, independent, and confident. Interested actors should be able to memorize lots of dialogue. Film will be rated PG-13 and actors should be comfortable with dialogue reflecting that rating. No acting experience is necessary for interested actors, nor are they required to prepare anything for the audition.”

“Welcome to People” stars Chris Pine as a businessman who, after the death of his estranged record-producer father, discovers that his will stipulates that Pine must deliver $150,000 in cash to a 30-year-old alcoholic sister he never knew existed (Banks), and her troubled 12-year-old son. Determined to keep the money to solve his own problems, he makes contact with the two without revealing who he really is.

The film title Welcome to People refers to the child anger-management program the nephew is enrolled in after blowing up his middle school’s pool with a sodium chunk (stolen from chemistry class no less); Pine plays a damaged goods broker; and the illegitimate daughter (Banks) is an alcoholic bartender.

Although there is an open casting call on December 4, 2010 at 10:00 am – 2:00 pm by Denise Chamian Casting at Sunset Gower Studios, 1438 N. Gower St, Building 35, Suite 270, Hollywood, CA 90028 (Street Parking Only) don’t be surprised if the part is nabbed by an established child actor like say…Noah Ringer (The Last Airbender), who worked along side Kurtzman this past summer in New Mexico shooting Cowboys & Aliens. Principal Photography to begin January 2011 in Los Angeles.