Willow Smith, daughter of Jada and Will Smith, has just graduated from celebrity baby to performer in her own right while her parents have added another notch to their momager/popager belts. You may recall they recently launched son Jaden’s acting career by producing the remake of “The Karate Kid,” film franchise and placing him in the lead role.

Willow’s first music video was expertly directed by Ray Kay, who is best known for Lady Gaga’s ‘Poker Face’ and Justin Bieber’s ‘Baby’ videos.  It’s reported that she will perform the single in front of a live audience at The Ellen DeGeneres Show on Tuesday, November 2, 2010.

Director Kay told Rap-Up of the video: “I’m really happy to be involved with a project that has such a positive message as this one, and I’m certain people that are watching the video will feel inspired to develop their own individuality and freedom and express their own art after seeing Willow in this video.”

Several remake and remix versions of the debut video have all ready gone viral on You Tube. Watch the original here:  http://www.willowsmith.com/ 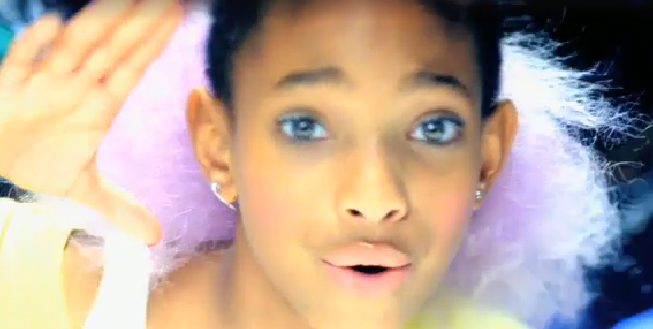