From the Momager Trenches Seattle & Vancouver, BC: Its L.A. Calling…Is Your Coogan Account Ready?

From the Momager Trenches Seattle & Vancouver, BC: Its L.A. Calling…Is Your Coogan Account Ready? 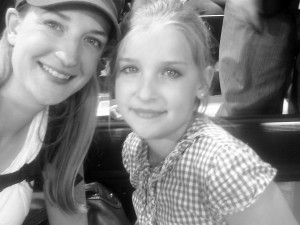 It began with the text…“You have an audition in L.A!”

It was followed by the phone call…“You’re booked in L.A.!”

Then it concluded with sheer panic as the casting director reminded me to bring my daughter’s work permit and Coogan account information with me.

O.K, what I actually said to her was a little more explicit than that but this is a PG-story.

I began to Google.

For the last 5 years, my daughter Jane has been working as a child actor out of the Vancouver, BC and Seattle markets. Working in Los Angeles has always been a goal, but to be honest, I wasn’t prepared to have her actually work there. So there I was, on a Tuesday morning, shoot scheduled for Saturday, daughter over the moon and me, mom in freak out mode.

First things first. Jane needed a work permit. California work permits are free (which is nice) and the forms are online (also nice); however, I didn’t have time to wait for the completed permits to return to me via the postal system.  It was rumored on the Google-verse (Google Universe) that completed permits could be obtained in person at the Van Nuys, CA office.  I called the permit office in Van Nuys and a lovely lady informed me that “Yes, we do ‘in person’ work permits, Monday through Friday.”

I breathed a sigh of relief as I realized I could actually accomplish this. It’s a 17 hour drive to Los Angeles and as it was only Tuesday I thought to myself, “This is do-able.”  The woman at the Van Nuys office kindly reminded me that all three boxes on the permit form (Attendance, Scholarship/Grades, and Health) needed to be marked as satisfactory and that my daughter’s school would need to sign with their official stamp or seal. As I thanked her for her help I quickly realized my next dilemma; My daughter Jane is home schooled.

Washington Virtual Academy is the home school program we use and it fits well with Jane’s lifestyle. I immediately called their head office and sure enough they had a real office location, with an official seal and even more amazingly, it was located only 20 miles from my home. The pieces were all coming together.

I called Leah at Mangum Casting to ask about a Coogan account. Coogan accounts are trust accounts required by the states of California and New York as a condition of issuance of work permits for minors who wish to work in the entertainment business. They are named for Jackie Coogan, who was a child star of the 20th century whose earnings were squandered by his own parents. Leah at Magnum told me to call with any questions and I certainly didn’t want to let her down. She suggested I go to the AFTRA-SAG Credit Union, as they deal with Coogan accounts all the time. I looked it up and gathered all the information I needed: birth certificate, social security number, driver’s license, and money for a deposit to open the account. We loaded up the car and off we went.

The work permit process went exactly how it was supposed to go. I handed over the paperwork. We waited. They called Jane’s name. Work permit was secured. The Coogan account? Now that’s where we ran into a little snag.

George, the new accounts manager at the credit union, was very helpful.  He took all my documentation and began to open the account. All was moving along well until George asked the question that would later wake me from a dead sleep at 4 am., “Do you have a letter from your agent?”

“What?!?!?’ I gasped while simultaneously pulling up the email feature on my cell phone.

“On letterhead,” he adds.

George assured me that the verification of Jane’s representation could be emailed as long as he received it by the following afternoon. That way, he wouldn’t have to close the account we just opened.

“You know George, this requirement wasn’t on the website,” I said calmly.

By the time we left the bank, I had emailed all three of Jane’s agents and left some frantic voice-mails for them as well. As the matter was now officially out of my control, we headed to the beach for some therapeutic and much-needed mother-daughter pedicures.

At 7:00 a.m. the next morning, Jane’s Seattle agent Gordon furnished me with the letter and a few hours later, George from the bank confirmed that it was sufficient.  On Saturday afternoon I proudly presented all the completed paperwork to the producer and as she warmly accepted them she asked if I had copies. Copies?!?!?!

Maybe for the next job.