You are here:Home-CHILD ACTORS, Child Stars, In the News, THE BUZZ-CHILD STAR: RYAN LEE, 16, to Star in Indie Teen Flick WHITE RABBIT
Previous Next 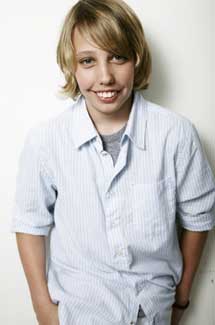 Following his breakthrough role in 2011 with J.J. Abrams‘ Super 8, Child Actor Ryan Lee, 16, has been on a casting roll, most recently in the upcoming indie teen drama, White Rabbit.  According to IMDBPro, the story of White Rabbit follows a high school bully who starts having visions of a rabbit that he killed when he was a kid, soon putting him in a state where his imagination threatens to cause him to carry out violent acts of revenge. Lee will play the bully’s bestie.

Lee starred in this past spring’s release Meeting Evil, with Luke Wilson and Samuel L. Jackson and can next be seen in Judd Apatow‘s forthcoming sequel to Knocked Up, titled This is 40, in which he plays the love interest of fellow child star Maude Apatow, Judd’s daughter.