You are here:Home-CHILD ACTORS, Giving Back, THE BUZZ-Child Stars Giving Back: Bid to Have High Tea with Former Child Star Raven Symone!
Previous Next 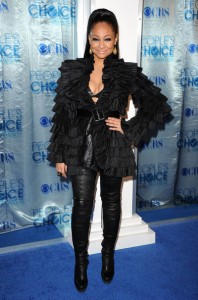 Post the winning bid on CharityBuzz and you could be the lucky guest for teatime with former Disney Child Star Raven Symone at the Soho House in West Hollywood, CA. The winner will feel like a Hollywood star for the day socializing with Raven at Soho House West Hollywood, a private members only club housed on the top two floors of the distinguished 9200 Sunset Blvd building on the Sunset strip.

Imagine enjoying tea with the former Disney star, while chatting about her new ABC family show, State of Georgia or her days on That’s so Raven, or what it was like starring opposite Bill Cosby when she started in show business at 4 years old!

This could be the world’s best birthday surprise, bat-mitzvah gift or holiday present!  And the best part is that the proceeds go to charity: Children Mending Hearts.

Terms: Package cannot be resold or re-auctioned. To be scheduled for a mutually agreeable time in 2012. Travel and accommodations not included. Valid for 1 person at the Soho House in West Hollywood, CA.
Donated by: Raven Symone

Raven began her career as a child model in her native Atlanta, GA. When the family moved to New York, the prestigious Ford Modeling Agency signed Raven when she was two 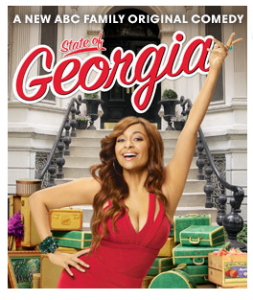 years old. In 1989, at just 4 years old, her charm and smarts landed her the role of Olivia, Bill Cosby’s adored granddaughter, on hit series The Cosby Show. Raven immediately became a screen favorite and her path to Hollywood stardom was set. Raven continued to have television success with various shows and movies (Dr. Dolittle, Dr. Dolittle 2, The Cheetah Girls). Then in 2003, Raven shot to superstardom with her starring role in her own show on the Disney channel, That’s So Raven. Raven continues to sing and act and is currently starring in the ABC family show State of Georgia.