You are here:Home-CHILD ACTORS, Future Stars, THE BUZZ-FUTURE STARS: #AugustOsageCounty Star JULIA ROBERTS Open To Kids Being #ChildActors
Previous Next

She’s one of the biggest stars on the planet and an Academy-Award winner to boot, but Julia Roberts says isn’t certain she would want her fraternal twins, Hazel and Phinnaeus, 9, or  her youngest Henry, 6,  to become professional actors. But she doesn’t dismiss the thought either.

Julia recently told HelloMagazine, “You have to approach each child differently and each desire that they have different and it’s brought me an enormous amount of joy, my job, so I wouldn’t just dismiss it, but I think I would investigate it, especially if they were [still] a child.”

Possibly Julia has been influenced by her brother Eric’s success raising his child as an actor. Julia’s niece Emma Roberts was a child actor starring in several high profile projects before she turned 18.  Julia has also worked with many successful child actors like Jena Malone, Liam Aiken, Scotty Leavenworth, and Lily Collins.

Roberts is currently onscreen with one of the most successful and talented child stars of our time, Abigail Breslin, 17, in the film AUGUST: OSAGE COUNTY, opening on December 25, nationwide. 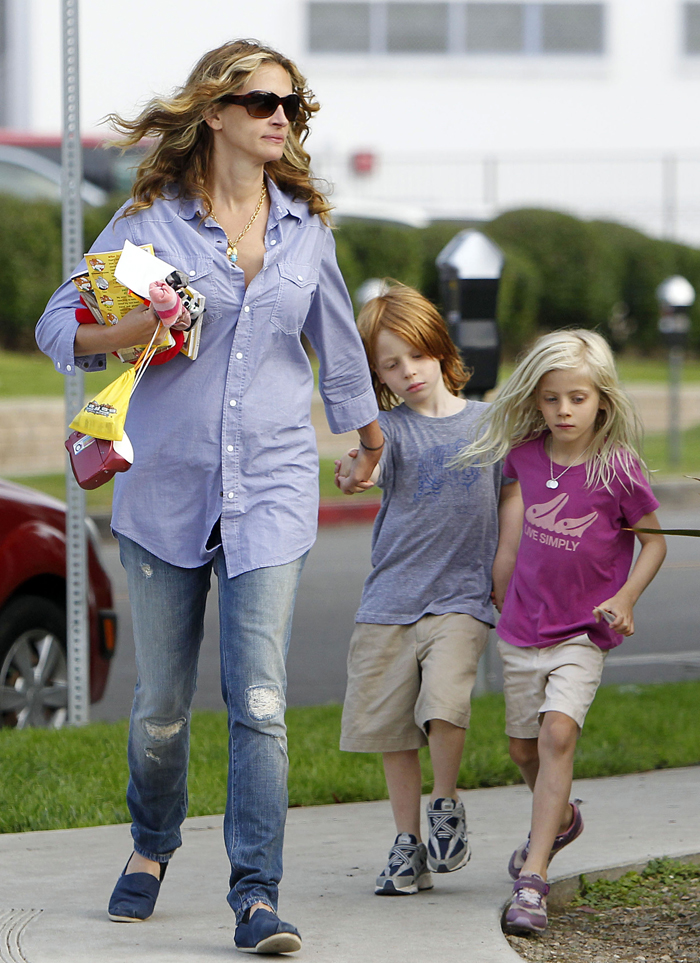