Momagers! Popagers! Bid on a Part for Your Child Actor in Disney’s “Spy Kids 4”

You are here:Home-THE BUZZ-Momagers! Popagers! Bid on a Part for Your Child Actor in Disney’s “Spy Kids 4”
Previous Next

Momagers! Popagers! Bid on a Part for Your Child Actor in Disney’s “Spy Kids 4” 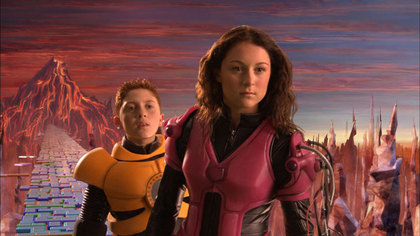 Parents! Your kids adore the “Spy Kids” films directed by Robert Rodriguez, right? Then read on…

Ever since the original “Spy Kids” film launched in 2001, millions of children around the world have been dreaming of action, adventure and espionage in hopes that their super spy powers will someday develop.  And then, like many of your children, when my kid watches a film she just wonders when she’ll get her big break in Hollywood.  Well, a fourth “Spy Kids” film is in the works which will once again expected to capture our youngsters’ active imaginations…. but for one lucky kid and her/his family, the film will be much more than a trip to the movies.

The Weinstein Company is graciously auctioning off a walk-on role for one lucky child in the upcoming feature Spy Kids 4 on Charitybuzz.com!  Anyone can bid on this amazing role and the auction benefits the Center for the Advancement of Women, a nonprofit institution dedicated to research-based education and advocacy for women. The walk-on role is limited to kids ages 6 to 10 years old and will be filmed in July of 2010. The winning bidder will also receive 4 VIP tickets to the film’s 2011 premiere.  This package has an estimated worth of $25,000 – but for your child prodigy it may just be priceless.  Your mission as momager or popager, if you choose to accept it, is to enter your bid sometime within the next 22 days because this opportunity draws to a close on March 31, 2010. Your first step? ENTER TO BID HERE.

Spy Kids 4 is a joint venture between Walt Disney Pictures and The Weinstein Company. Featuring new child actors and an exciting plot full of twists and turns, it’s one movie any kid would be thrilled to be a part of.

*Valid for one child between the ages of 6 and 10. This is a non-speaking extra role with no guarantee that the winner’s child will appear in the final cut. Item cannot be resold or re-auctioned. Filming and premiere location to be announced. Does not include travel or accommodation. 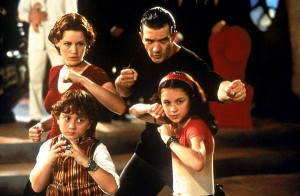