Join ShoWorks Entertainment for a Childrens Multi-Camera Intensive and learn what goes on behind the scenes and learn the process that takes your favorite shows from script to screen.

Childrens Multi-Camera Intensive includes a headshot, and culminates with a live performance for family and friends and Q&A with a guest speaker.

And thanks to ShoWorks when you use code “HollywoodMom” you will receive an additional $50 off this weekend intensive! 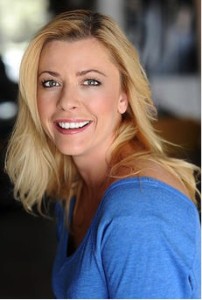 Originally from Cape Town, South Africa, Jo is an internationally qualified dance (modern and tap) and drama teacher through the I.S.T.D of London and the Waterfront Theatre College of Cape Town. She is also a professional actress, singer, dancer (ballet, modern and tap), writer, TV Host and international voice artist, and has performed in numerous musicals and stage productions all over the world. Including productions of “Cats,” “Hairspray,” “The Full Monty,” African Footprint,” Some Girls,” Look Back in Anger,” “Boeing-Boeing,” “Perfect Wedding” and ” That’ll Be The Day – The Buddy Holly Story,” to name a few.

Jo was nominated twice for her stage performances – the role of Demeter in “Cats,” followed by Amber in “Hairspray.”

Jo has also co written three original productions “Dick & I” – a parody on Richard the III, “Happily Ever Laughter,” and “The Fugard Fest of Comedy,” which was performed at the prestigious Athol Fugard Theatre in Cape Town.

Before leaving South Africa, Jo moved into television and film, and co-wrote the hit sketch comedy TV show “Sketch U Later.” South Africa’s answer to SNL. She has most recently been working on the production and acting side of multi-camera children’s Disney shows such as “ANTfarm,” “Mighty Med,” “Bunk’d” and “Gamers Guide,” as well as continuing to act professionally in TV and Film here in the USA.

In addition, Jo also hosts her own online TV show “From Hollywood with Jo Galloway” for TMTvSA, Visit her website at www.jogalloway.com 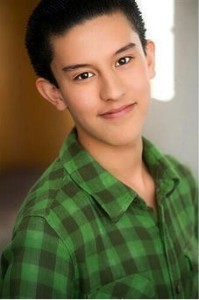 Darren Portilla, a born and bred LA native, Darren is one of the creators and directors of ShoWorks Entertainment. Luckily he is still able to play the “18 to look younger” roles, which has allowed him to become very familiar with the world of Disney and Nickelodeon.

As well as an actor and writer, Darren is well known on the production teams of many Disney shows. Working on sets such as “ANTfarm,” “Mighty Med,” “Bunk’d,” “Bella and the Bulldogs,” “Gamers Guide,” and “Jessie.”

Darren has worked extensively in the Multi Cam comedy genre, and has also recently had a role on the new hit CBS show “Code Black.”

In addition to shooting many national television commercials for clients such as “Starbucks,” “Union Bank,” “Nike,” “Disneyland,” and Nickelodeon’s “TeenNick,” he also starred in a re- occurring role on the Nickelodeon show “Supah Ninjas.”

Darren is trained in all aspects of the performing industry including voice over, and is currently writing a half hour comedy show together with his business partner and co founder of ShoWorks Entertainment, Jo.