At any audition, the casting directors await you and the door separating you can often be seen as a barricade. In reality, you should view it as a gateway and treat it as though it is your stage. Whether it’s a pre-read for an associate or a full-blown director/producer callback session, this is your time, your experience. This is your opportunity to do exceptional work.

Often actors, in every stage of career and life, think they should have gotten a part and become frustrated when they learn that a famous name booked it instead. Though the economics of the industry have changed, they often rely on a star to make content bankable. Nothing much you can do about this, but continue to train and be the best because cream always rises to the top.

A good reading never goes unrewarded. If they don’t cast you in the particular project that they are casting, then they will remember you for the next. 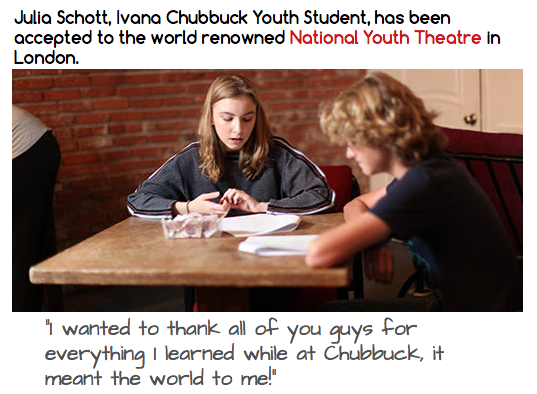 Ivanna Chubbuck Youth provides professional-level television, commercial, theater, and film acting classes for youths and teenagers, from beginning to advanced levels. Using the world famous Chubbuck Technique, their classes teach the art of acting used professionally, as well as improving self-esteem, communication skills, and confidence. Chubbuck’s Highly-experienced teachers and staff, who currently work in the industry both in front of and behind the camera, have an excellent reputation for cultivating a supportive and fun atmosphere to realize your creativity and talent.