You are here:Home-Acting Camps for Children, Best Acting Classes & Coaches, THE BUZZ-NEW YORK FILM ACADEMY Hosts Top-Ranked Summer Camps Around the World for Kids Ages 10 to 18 Years! @NYFA
Previous Next

New York Film Academy is offering summer camps for Kids/Tweens (10-13) and Teens (14-18) at several locations throughout the summer of 2013!  In 1-6 weeks, students have the opportunity to make films, learn to act, learn photography, write feature length screenplays, record investigative journalism pieces, and create their own animations under the umbrella of knowledgeable faculty who have worked in the industry for years.

Many industry professionals such as Martin Scorsese and Steven Spielberg have sent their children to study at New York Film Academy. The New York Film Academy teen and tween programs were ranked amongst the best places for your child to spend the summer by SheKnows.com. 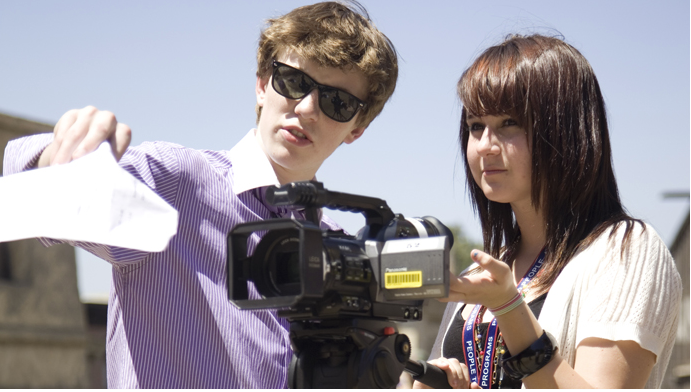 NYFA is proud of its instructors, counselors and staff who’s hard work makes our filmmaking and acting summer camps successful! The camps are primarily composed of a student body that share a passion for storytelling; whether that’s through filmmaking, acting, writing, photography, or animation. They treat their students as serious, young storytellers and do not water down their curriculum in any way just because of their youth. As a result, students typically appreciate being treated like young professionals and being taken seriously. The exposure to filmmaking equipment, facilities and level of instruction is unparalleled. For many students, this experience cements their passion and defines their future goals for college, and ultimately their potential career. This program is a true coming of age experience in which students grow and mature creative and professional manner. 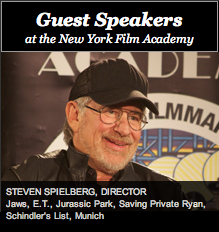 Activities vary from location to location. At Universal Studios, campers go to the theme parks and have had major Hollywood guest speakers, including Ron Howard, Doug Liman, and Steven Spielberg. Students also visit the Hollywood Bowl, attend tapings of TV shows, movie premieres, and much more! Students in New York City will be able to spend time in Central Park, attend Broadway plays, explore world famous museums, and explore all of the unique neighborhoods in Manhattan. Overseas students will be immersed in the culture and sites of the city they are attending camp in.

Many teen students (14-18) chose to live in dorms at our locations in New York City, Los Angeles Universal Studios, Florida Disney Studios, Massachusetts Harvard Campus, Paris, Florence, and London. To learn more, check out the website and contact an admissions rep today at 212-674-4300.