OPEN CALL: “HOORAY FOR HOLLYWOOD” @GeffenPlayhouse Could Make Your Kid A Star!

You are here:Home-Auditions, Casting Calls, Open Calls, THE BUZZ-OPEN CALL: “HOORAY FOR HOLLYWOOD” @GeffenPlayhouse Could Make Your Kid A Star!
Previous Next

OPEN CALL: “HOORAY FOR HOLLYWOOD” @GeffenPlayhouse Could Make Your Kid A Star!

Geffen Playhouse Story Pirates is Holding Open Call For Kids’ Stories To Kick Off Their 2012/2013 Season with Brand New Authors! 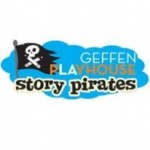 The Geffen Playhouse Story Pirates kick off the 2012/2013 family season with an open call for kids’ stories to take center stage in Hooray For Hollywood, a brand new production showcasing the best work from the tiniest screenwriters in town – including yours! Engaging kiddos in the neighborhood who know it best, the Pirates are looking for blockbuster ideas for never-before-seen movies and are accepting submissions now. Then the Pirates will do what they do best and transform these youngsters’ ideas for the silver screen into a hilarious sketch musical comedy, Hooray For Hollywood. Little ones ready for their first big break can submit their original story by visiting geffenplayhouse.com/story.

The deadline to submit is Saturday, September 29, 2012 at midnight. Authors whose stories are chosen will be notified by October 10, 2012.

Hooray for Hollywood is recommended for ages three to 12 and will be performed in the Gil Cates Theater at the Geffen Playhouse on Saturday, October 13 at 11:00 a.m.  Tickets for individual shows are $20 general admission at the door, $15 in advance and subscriptions (which package four or more shows) are available for under $50.

All tickets can be purchased through the Geffen Playhouse box office and online at geffenplayhouse.com. And please note: While all the Story Pirates shows are written by kids and performed for kids, these shows are grown-up friendly
too!

ABOUT THE GEFFEN PLAYHOUSE
The Geffen Playhouse has been a hub of the Los Angeles theater scene since opening its doors in 1995. Noted for its intimacy and celebrated for its world-renowned mix of classic and contemporary plays, provocative new works and
second productions, the Geffen Playhouse continues to present a body of work that has garnered national recognition. Named in honor of entertainment mogul and philanthropist David Geffen, who made the initial donation to the theater, the company was founded by Gilbert Cates, and is currently helmed by Artistic Director Randall Arney, Managing Director Ken Novice and Chairman of the Board Frank Mancuso. Proudly associated with UCLA, the Geffen Playhouse welcomes an audience of more than 130,000 each year, and maintains an extensive education and outreach program, designed to engage young people and the community at large in the arts. For more information, please visit geffenplayhouse.com.