You are here:Home-CHILD ACTORS, Child Stars, Giving Back, In the News, THE BUZZ-SMITTY’S Shelter Dog Art Contest in Support of Adopt-A-Dog-Month
Previous Next 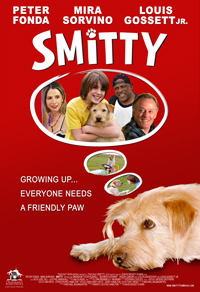 ADOPT-A-DOG MONTH®
SMITTY’S SHELTER DOG ART CONTEST
The Artwork of a Child You Know Could Appear in a Major Motion Picture!

Adopt-A-Dog Month® is all about the importance of adopting dogs from animal shelters. And SMITTY, a family film scheduled for release in 2011, is all about a lovable shelter dog’s friendship with a young boy play by up-and coming teen star Brandon Tyler Russell.

To celebrate both, we are thrilled to be holding Smitty’s Shelter Dog Art Contest for children ages 8-12. During the month of October, we’re seeking kids’ hand-drawn illustrations that showcase the theme “adopt a shelter dog.”

A digital version of the winning illustration — along with the child artist’s name, age, hometown and home state — will appear at the end of Smitty in movie theaters across the country!

ABOUT:
Smitty tells the intertwining stories of a left-behind dog and a young boy, Ben Barrett (Brandon Tyler Russell), who’s raised by his single mom (Mira Sorvino) in Chicago and is on the road to becoming a delinquent by hanging out with a gang (headed up by Twilight: Eclipse star Booboo Stewart).

A judge sends Ben to spend the summer in Iowa with the grandfather he’s never met (Peter Fonda), who, together with his best friend Smitty (Louis Gossett Jr.), take on the task of straightening the boy out. They take Ben to the pound and pick out a foreclosure dog, a loveable mutt who’s smart and capable of keeping an eye on Ben. Ben bonds with the dog and through a series of adventures, becomes a responsible young adult. 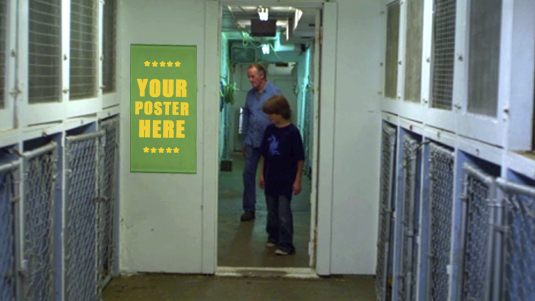 Smitty is a family film that the Hollywood Reporter likens to the classic films Rin Tin Tin, Lassie and Old Yeller.