You are here:Home-Auditions, Casting Calls, Open Calls, THE BUZZ-CASTING CALL UPDATE: “Dance of the Mirlitons”
Previous Next 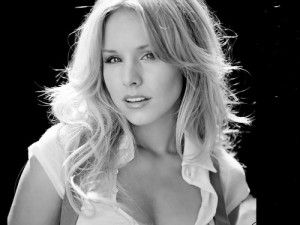 Couples Resort actress Kristen Bell has officially been cast as an overbearing stage mother in the currently titled “Dance of the Mirlitons,” an Evan Greenberg film, about an ambitious, slightly overweight ballerina.  Mirlitons is described as as “indie ballet, black comedy,” but comparisons to Little Miss Sunshine and Mean Girls have arisen and having read portions of the script myself, I see it as a much hipper, female version of  “Rudy.”

Producer Dubiecki tells the Hollywood Reporter, “Kristen’s combination of comedic timing and authenticity will bring this character to the next level, and give this crossover appeal.”

Evan Greenberg, who wrote the script, will also direct.  As we at Hollywood Mom Blog posted a while back, producers are looking for an unknown to play Bell’s daughter, so submit those head shots and resumes and maybe your little star will be Hollywood’s latest discovery.

Bell will show off her own dance skills in November 2010 as the rival to Christina Aguilera’s dancer character in movie musical Burlesque.

Shooting on Mirlitons is scheduled to begin this winter.