You are here:Home-Audition Tips, Auditions, THE BUZZ-WHAT’S YOUR AUDITION MISSING?
Previous Next

“I have found that a number of young actors and actors in the beginning of their careers get frustrated when they don’t book every audition,” says Master Teacher Claire Chubbuck of Chubbuck Youth Studios.

Producers, directors and a casting people are looking for the actor who is the character. Not the person who plays it the best. And this makes sense, given that they want an audience to get lost in the viewing of it, finding it a real and provocative experience. That’s not possible when there is that degree of separation between the character and the person portraying it.

Claire Chubbuck, Master Teacher at Ivana Chubbuck Youth, believes an important, but often ignored, component of an actor’s ability to secure roles is an awareness of themselves. Actors have to be hyper aware of who they are, not only regarding being great in their craft, but also in getting cast. In general, all people are limited to their life experiences, their epiphanies, age, socio-economic backgrounds and their personal explorations as human beings.

At Ivana Chubbuck Youth, teachers guide their young actors in their training to focus on being the best version of their type. The actor’s duty is to train and make themselves the best of what they are.  Chubbuck says, “Whether it be auditions or the actual job itself, you must supply all the colors, all the dimensions, all the layers and texturing of who you are as it relates to the character on the page.” 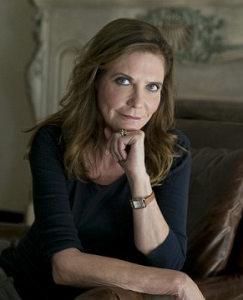 For the past thirty-five years the renowned Ivana Chubbuck Studio has been available for adult participation exclusively. Her daughter, Claire Chubbuck, has adapted the technique to make it accessible and age-appropriate for kids and teens, yet still offers the same acting tools that have created award-winning actors. Students of Ivana Chubbuck Studios and Ivana Chubbuck Youth are well represented at the Academy Awards, Emmys, Golden Globes, Tony’s, and many other international awards.

Ivana Chubbuck Youth offers one of the most all-encompassing programs for professional young actors.  Their goal is to assist the young actors in making choices in class work to bring their acting to a professional level for the purpose of gaining further work in the entertainment industry. 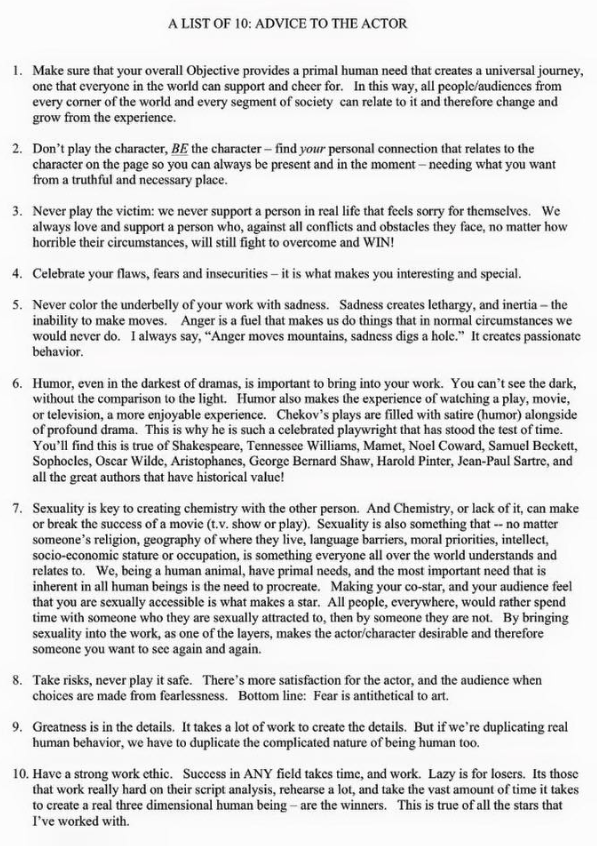 [typography font=”Architects Daughter” size=”24″ size_format=”px” color=”red”]Ongoing Scene Study[/typography] Scene Study is the core of acting as an art and is essential for embarking on a career as an actor. At Chubbuck Youth, the basics and terminology of scene study and script analysis are introduced, then more fully explained and defined. At all levels, the Chubbuck Youth roster of Scene Study provides each student with a comprehensive set of tools and techniques to create an organic performance that is unique to each actor.
[typography font=”Architects Daughter” size=”24″ size_format=”px” color=”red”]Youth Core Scene Study[/typography] Ages 7-12
Sunday from 1pm to 3pm in Studio A
The Chubbuck Youth Children’s Program focuses on supporting the natural performer in each student as they learn the fundamentals of acting. We use a curriculum that teaches the young actors to confidently express themselves in any situation. At Chubbuck Youth, we prepare our young actors so that they arrive on a professional set prepared, excited, confident and ready to shine.
[typography font=”Architects Daughter” size=”24″ size_format=”px” color=”red”]Teen Core Scene Study I[/typography] Ages 12-17
Saturday from 11:30am to 1:30pm in Studio A
Using a modified, age appropriate version of The Chubbuck Technique, Core Scene Study I guides the young actors so that they can be given any script, as they would in a variety of professional situations, and work through distinct character choices.
Please note enrollment dates are limited for this course and the initial course term is 8 weeks.
[typography font=”Architects Daughter” size=”24″ size_format=”px” color=”red”]Teen Core Scene Study II[/typography] Ages 14-17
Saturday from 2pm to 4pm in Studio A
Core Scene Study II fosters long-term growth and professional preparation for students that want to work on acting as an artistic craft. Using the Technique, the class focuses on in-depth script analysis, listening and engaging truthfully with scene partners, improvisation and memorization, and perfecting the art of acting along with preparation for professional work in movies, television and stage. Chubbuck Youth offers a superior level of training for teen actors who are already working in the industry
By Editor Tracy Bobbitt|2019-01-22T18:52:15-08:00February 19th, 2016|Categories: Audition Tips, Auditions, THE BUZZ|Tags: audition techniques, auditioning, auditioning tips, Beyonce Knowles, brad pitt, Charlize Theron, CHILD ACTORS, Claire Chubbuck, Eva Mendes, Gerard Butler, Halle Berry, Ivana Chubbuck, Ivanna Chubbuck Youth, The Power Of The Actor, Tips for Actors|Comments Off on WHAT’S YOUR AUDITION MISSING?