Acting is supposed to be fun. Theatre pieces are called plays, after all. Oftentimes, kids (and their parents, eek) treat an audition like it’s life or death. Get it right, get it perfect, drill baby drill, you get the idea.

Often, we forget that there is no one right or wrong way. There shouldn’t be any mystery as to what this is all about! We are supposed to play.

Because children see things with fresh eyes, a story is brand new to a child each time they experience it; Colors are brighter, moments last longer, and every new experience brings with it strong feelings. Kids are practically incapable of hiding their true feelings at any given moment.

Therefore, if a child wants to show love, they show it. If they’re angry, you’ll know it.  Kids can be alternately kind, cruel, devious, and forthright- and a million other things. But they are feeling their feelings and expressing them in the moment, as they are happening.

Best Acting Advice For Child Actors? A child’s sense of play, coupled with the ability to listen, is the primary tool of the successful actor.

When we pressure young actors to be perfect, to “get it right,” to do it how we think it’s supposed to be, they lose that freedom of expression and their work becomes controlled, held, precious, and ultimately, uninteresting.

For this reason, teaching children acting can be an interesting experience. The goal of the instructor is to facilitate a space where play is encouraged. It seems like too often, child actors are taught “how it’s done” rather than given the opportunity to show us how it’s done.

While it may seem obvious, a child’s sense of play, coupled with the ability to listen, is the primary tool of the successful actor. When we try to control things, that sense of play is sublimated into trying to “do it right”. The new game they start to play and play and play until it’s no longer fun is called “Perfection” and I don’t mean by Milton-Bradley. If you’ve ever seen an extremely talented child on the verge of a nervous breakdown at age 9, you know what I’m talking about.

I get it. We fear that if our kids don’t “get it right,” if they don’t “nail it” every time, they won’t get to play this particular game anymore, or play at the level at which you believe they are capable. It’s time to put that fear back under the bed with all the other imaginary monsters. If acting isn’t fun, there’s absolutely no reason to do it.

So cast away fear and release control. It’s no coincidence “Let It Go” was a smash hit. Kids got it. We got it.  Now, go live it! 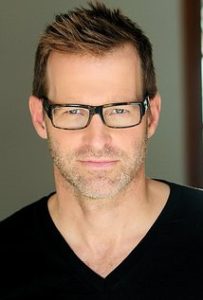 Anthony Meindl is an award-winning writer-director-producer, creativity expert, inspirational speaker, and artistic director of Anthony Meindl’s Actor Workshop (AMAW) with studios in Los Angeles, New York, London, Sydney, and Vancouver, and was honored by Backstage four years in a row and named the best acting studio in Los Angeles (best scene study and best cold read). Meindl is a guest teacher at David Lynch’s Masters in Film Program, was a panelist at the GATE Story Conference founded by Jim Carey and Eckhart Tolle, and a guest speaker at the Association of Transformational Leaders (ATL) conference alongside Neal Donald Walsch (“Conversations with God”) and Jack Canfield (“Chicken Soup For the Soul”). Meindl is known for teaching the new generation of Hollywood stars led by Golden Globe Nominee Shailene Woodley (“Divergent”).

Meindl is a regular contributor to Huffington Post and Backstage, as well as the author of the best-selling books “At Left Brain Turn Right”, “Alphabet Soup For Grown-Ups,” and his newest book “Book The F#©king Job.”

For more information on Anthony’s acting classes specifically for youth, visit Meindl’s website and social media, and check out his free smartphone app on iTunes via the links below or to audit his class call 323-852-6963.