You are here:Home-CHILD ACTORS, Child Stars, In the News, THE BUZZ-@BookThiefMovie Star Geoffrey Rush Praises #ChildStar @SophieNellisse
Previous Next

Hollywood Moms and Dads may recall the casting we posted  back in May 2012 for THE BOOK THIEF project.  The finished film is getting good buzz and opens nationwide this Friday.

The lead role went to young Canadian child star, Sophie Nelisse, 13, and her costar Academy Award Winner Geoffrey Rush (tells CTV MontrealNews he) was worried about being seen as an “old hack” next to her.

Rush tells Montreal News that Sophie “…was just amazing to work with,” while praising her talent to handle the project’s more emotional content.  “She could go into that zone and then I liked that she could find levity and some fun and do her schoolwork (at the same time).” 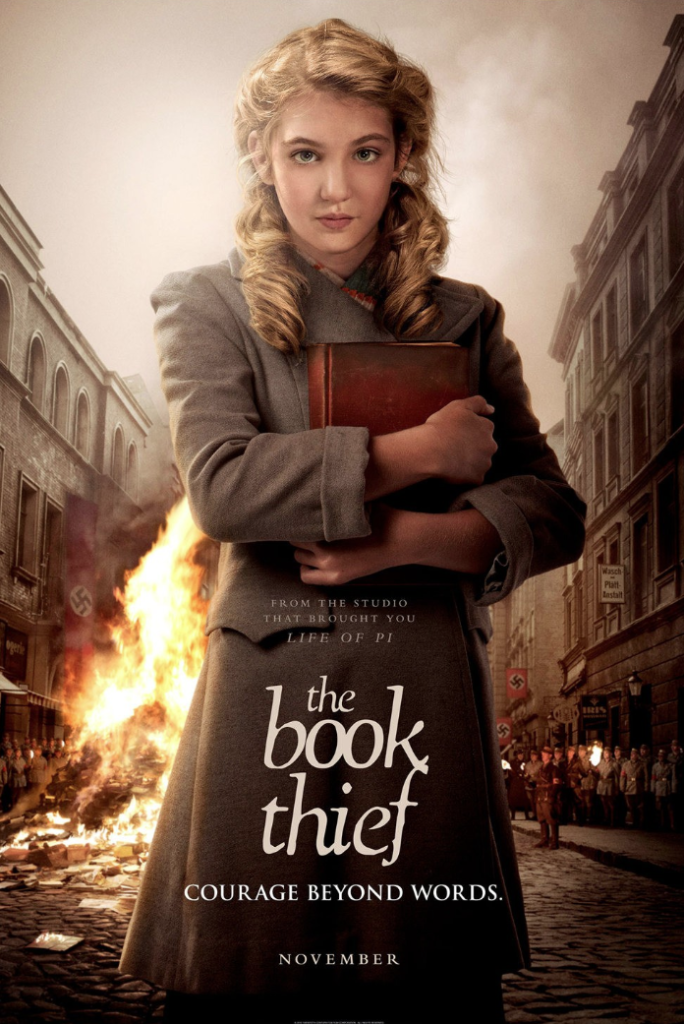 Nelisse expressed that she’s committed to building a long-term career as an actress. In order to take the role of a German girl fascinated with the power of words in a time of war, Sophie was forced to let go of her dream to go to the Olympics for gymnastics.

“Even when I first started to audition I was like, ‘I’m still not sure if I want the part, if I want to audition,”‘ says Nelisse. “But then I read the script and it’s the first time a script made me cry. I was like, ‘You know, it has to be good if it made me cry.’ And then when I got the part I said, ‘Yes,’ because I just think there’s more advantage in acting than in (gymnastics). I mean, there’s so much sacrifice you have to do in gymnastics to maybe achieve your goal. I think maybe I’ll go into acting, it’s easier.”

Sophie is represented by CAA and Enfance de l’Art, a Canadian firm. View pictures of her at the 11-12-13 screening of her film at the Ritz Five in Philadelphia here.