Nothing gets us into the holiday spirit like home cooked meals, a chill in the air and great music. Now we can add music videos to that list as Idina Menzel (Elsa in Disney’s Frozen) and Michael Bublé and a team of talented British child actors have created an endearing music video for the duo’s cover of the holiday favorite, “Baby It’s Cold Outside.”

With child stars Emily Carey and Harry Collett cast as miniature Menzel and Buble’, the video begins in the lobby of a glamorous old hotel, showcasing Emily in a gold flapper-fringe gown and Harry as a smitten bellhop who quickly  changes into a snazzy tuxedo to woo his gal. 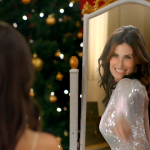 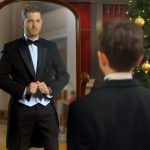 The young child star duo perfectly lip synch through the entire number, and are supported by a talented cast of child actors playing various roles of the roles of hotel employees and characters mentioned in the song.

All alcohol references in past versions, are now kid-friendly thanks to some creative lyric changes. 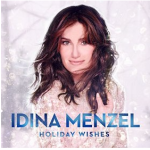 The new collection, Holiday Wishes by Mendel, features many holiday classics like “All I want for Christmas is You,” “Do You Hear What I Hear?, “Silent Night,” and “White Christmas.”