HMB Casting Mixed Race Girl for the Short Film, “Meet Me At A Funeral”

Casting mixed race girl- multi-racial, or ethnically ambiguous (7 to 12 years old) with an interesting face to star in the low-budget SAG-AFTRA short film Meet Me at a Funeral, in the Los Angeles area.  Talent should be local to the Los Angeles area and be SAG/AFTRA.

This is a very important role which will carry the tone of the entire film. A GREAT opportunity, acting alongside Harold Perrineau (LOST, Oz) and Rick Fox.  Actress should be able to portray Rick Fox’s daughter (picture below). 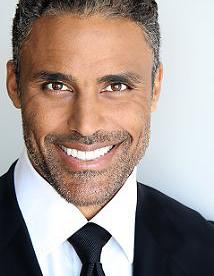 Casting sessions will be held Sunday, November 23, 2014, in Los Angeles.

This short film will be entered into all major film festival circuits.

Synopsis: “Meet Me At A Funeral” written by Zoë Kim and produced by Kerry Mondragon is a story about discovering the consequence of having reached the greatest aspiration in life. The two main characters, Jeffrey and Gloria, both struggle with feelings of void because they feel as though their life no longer serves a purpose after having attained what they believe have defined their identity. Jeffrey (played by Perrineau), a novelist who is resigned to writing obituaries for a local newspaper, inadvertently wins the lottery and the chance to restart his life.