CASTING NEWS: 3 Celeb Kids On Their Way To @Nickelodeon Stardom?

You are here:Home-Casting News, CHILD ACTORS, THE BUZZ-CASTING NEWS: 3 Celeb Kids On Their Way To @Nickelodeon Stardom?
Previous Next

CASTING NEWS: 3 Celeb Kids On Their Way To @Nickelodeon Stardom? 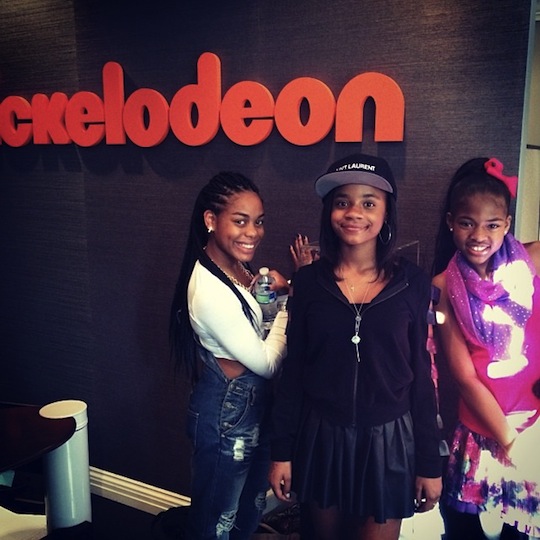 “So proud of our babies @alwaysimani mommy and daddy love you so much!! Excited for what is coming, you guys rock!!!!!”

Following in her Mom’s footsteps, Dia Nash has been honing her political/comedic skills (click on the photo below to watch):

Imani was formerly a member of “Gurlie Gurlz.”

As none of these young ladies has any notable credits to research it remains to see if this is a case of “Talent is in the Genes” or “Nepotism Rules.”  Which do you think it is?