FROM THE MOMAGER TRENCHES: The PADDOCK TWINS Fifth Week On Location in NYC

You are here:Home-From the Momager Trenches, Parents of Child Actors, THE BUZZ-FROM THE MOMAGER TRENCHES: The PADDOCK TWINS Fifth Week On Location in NYC
Previous Next

FROM THE MOMAGER TRENCHES: The PADDOCK TWINS Fifth Week On Location in NYC

We are wrapping up our fifth week of living in New York and our fourth week of filming.  It has been an incredible journey and I am just starting to wrap my mind around the idea that this experience is nearing its end.  Our boys, Caleb and Matthew Paddock, have two more days of filming and then we will be headed home to Michigan at the end of next week.

Looking back, it is hard to even put into words what has happened over this last month- and I am rarely at a loss for words!  When our sons were offered this lead role, my husband and I were terrified.  What if we committed to this and suddenly the boys changed their minds?  What if seventeen days of filming was too much?  What if they decided they hated it and wanted to go home?  We did our best to prepare for every worst-case-scenario we could imagine.  But we didn’t quite ready ourselves for what actually did happen.

Caleb and Matthew Paddock are living it up in NYC!

Sure, there have been some stressful moments along this journey.  For one, our family has been split apart during the weekdays and that is really difficult.  It’s particularly difficult during the bad times like when Caleb had a meltdown about which bite of a banana he gets ten minutes before we leave for set, with an intensity that only a four year old could muster.  But surprisingly, the separation has been more difficult during the good times.  Like when the entire cast and crew let out a collective cheer when one of the boys nails a tough scene on the first take.  In the magic of the moment, I turn to squeeze my husband’s hand and am quickly reminded he’s not there.  There have also been a few difficult days of filming that may or may not have left me with a few gray hairs and having my husband with us would have made those times much easier to handle.  One day production was behind schedule and what was already supposed to be a night scene for the boys turned into a 9:00 to 10:30pm scene.  The boys were off.  More accurately, they were so focused on trying to keep themselves awake that they couldn’t focus on when to deliver their lines.  Or the scene that required them to pretend to be asleep and lay perfectly still while the other two actors delivered two pages of lines.  Our boys are good at a lot of things but laying perfectly still isn’t one of them!  It was difficult to watch the kids try their very best yet still be able to feel the tension in the monitor room each time they involuntarily moved a muscle. 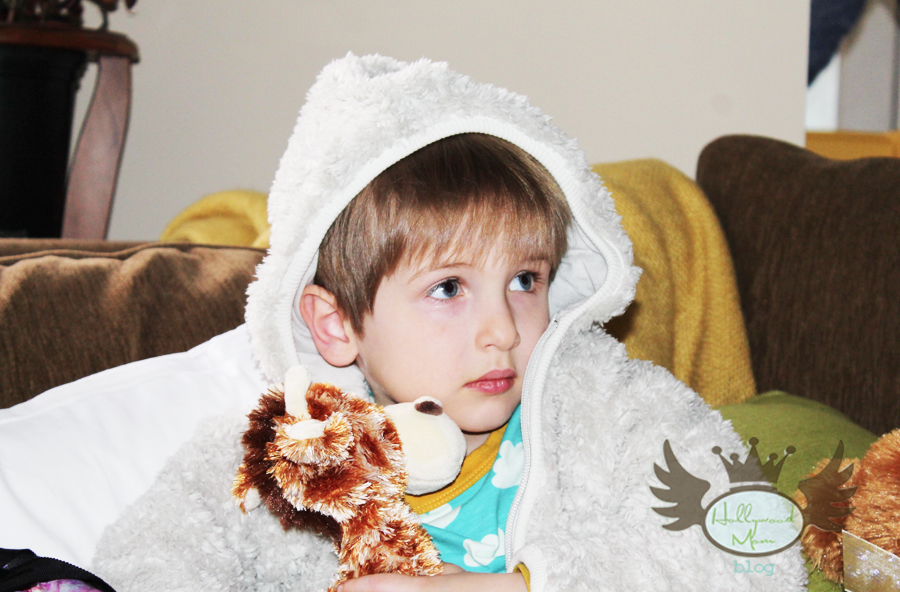 HM Elizabeth recalls a difficult moment, “One day production was behind schedule and what was already supposed to be a night scene for the boys turned into a 9:00 to 10:30pm scene.”

But aside from not having a hand to squeeze, the tough times have been few and far between.  And between them have been the most glorious, magical moments I could have ever dreamed of.  Like the feeling we all have when the boys wrap a twelve hour day of filming and they ask if they get to go back tomorrow.  Or the moment Caleb finished a pivotal scene, emerged dripping wet from a freezing cold swimming pool and yelled “I DID IT MAMA!” with a sense of pride that could have stretched to the moon and back.  Or when Matthew had a scene with his on-screen mommy and when his mommy started to cry, Matthew unexpectedly leaned in to plant comforting kisses all over her face.  Or watching my four year olds learn the art of improv from a famous comedian and standing around the monitors as the director laughs with amazement and delight.  The list goes on and on.

But the single most magical thing that has happened on this journey is the relationships I have watched the boys develop with the three actors in the film.  When we first started, I would be quick to grab the boys after each take and walk them off to the side to give the other actors some time and space.  And when they retreated to their dressing rooms in between scenes I explained to the boys that they needed to take breaks away from any distractions- the distraction being the boys!  But as time marched on, the twins  began to form these beautiful friendships, as all three actors took them under their wings and became mentors and friends.  They no longer retreated to their dressing rooms in between every scene.  Instead the adult actors would hang out with the boys, requesting Lego sculptures and drawings and just watching Matthew and Caleb play.  Sometimes the older actors would even come upstairs to run lines with the boys.  And in between scene takes, I learned to step back, leave the boys with their cast mates and just watch from afar.  Last night Matthew filmed for an hour and a half, and not once did I step in to remove him from set.  No one needed a break or their own time and space.  My little boy was one of the “real” actors, doing his own thing with his grown-up friends.  His colleagues.  He even got a semi-dirty look from the A.D. when they called out “rolling sound!” on a take but the entire cast continued to serenade Matty with a medley from the Sound of Music until they had completed each song.  But then the whole cast and crew burst into laughter as all four of them rushed to get into place.  And I watched my little boy snap into action like an old pro.  He was having the time of his life and there is nothing more magical for a mother than that. 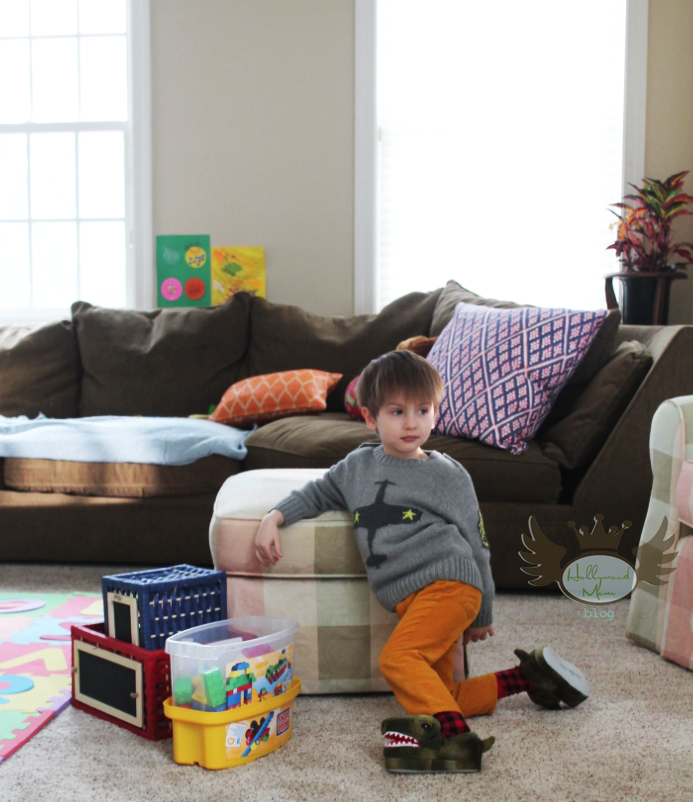 Our little boys, only four years old, have fallen in love with acting.  They are learning from the best of the best and I’ve watched them grow and develop each and every day.  My husband and I were as prepared as we could possibly be for any negative turn this experience may have taken.  Instead we have found ourselves in an entirely different position, the bittersweet dilemma of preparing our boys, and ourselves, for the end of this amazing journey.  Stay tuned for one final post in “From The Momager Trenches” as our NYC journey comes to a close, and be sure to follow Brother’s Keeper for future updates on what is sure to be an incredible film! 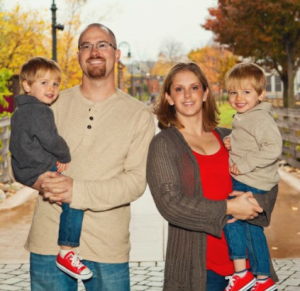 Elizabeth Paddock is a clinical social worker turned stay-at-home mom to identical twin boys, actors Caleb and Matthew.  She writes part for the medical television show “Ask. Dr. Nandi,” and home school her first grade sons.  She has a family blog “Love, Learn Play” on Facebook at https://www.facebook.com/LoveLearnPlay.  The boys  have done several print jobs for “Little Tikes” and “Step 2,” have a national commercial running for New York Life, and filmed Five Year Engagement and completed photo double work for How To Catch A Monster.