You are here:Home-Cautionary Tales, CHILD ACTORS, Momagers in the News, THE BUZZ-@Sochi2014 Winter @Olympics Star Vanessa Mae's Tragic Rift with Her #Mother & #Momager
Previous Next

Seems Momagers are even in the news at the Sochi Winter Olympics.

Olympian Vanessa Mae (participating for Thailand) details a falling out with her Mother/Momager Pamela so intense that even accomplishing her dream of making Thailand’s Olympic ski team did not reunite them. 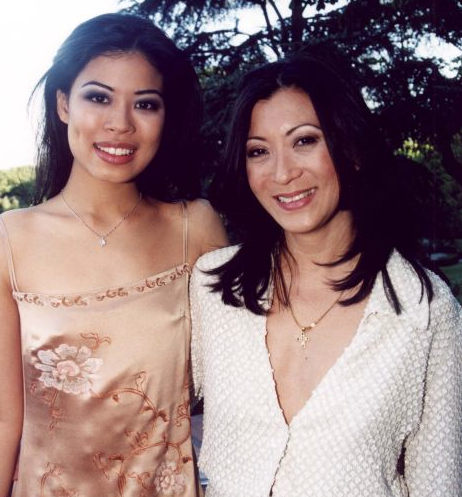 Happier days. Vanessa has not spoken to her mother (and former manager) Pamela since 1999.

How in the world could this happen? Apparently Vanessa was a violinist child star – a true child prodigy – and when she ultimately chose skiing over the violin, she lost her mother. Her mother, who ironically introduced her to the sport, felt skiing was much too risky to Vanessa’s pursuit of the violin. Vanessa was also made to give up horse back riding and other activities as a child.

Vanessa states, “Your parents are important but you also have to have your own dreams no matter how hard, or how risky, they might be.”

In a BBC documentary viewers learn that Vanessa-Mae tried to re-establish contact with her mother Pamela after splitting with her professionally as manager in 1999, on her 21st birthday.

When the BBC tried to get Pamela to cooperate in the filming she wrote an email stating, “…my daughter is almost 30 now, I fulfilled my mother duties. That part of my life is over now.’

Just a reminder that Hollywood Moms, Momagers and Popagers, all need to do an occasional inventory to make certain we’re helping our children pursue their dreams, and not mistakenly pursuing our own.