If anyone wonders whether child actors can have longevity in their careers and transition to grown-up roles…wonder no more. This recent casting news just further proves that many child actors have what it takes to go the distance.

The now svelte former child star Josh Peck of Nickelodeon’s  “Drake and Josh” is joining the ensemble cast of “Big Bang Theory.”   The Chuck Lorre series is known for utilizing the comedic talents of  former child stars including regulars Mayim Bialik of “Blossom,” and Johnny Galecki of “RoseAnne.”

Miranda Cosgrove, who played Peck’s younger sister on “Drake and Josh” and them went on to solo fame with her series “iCarly,” will return to TV screens with a new NBC TV show, “Girlfriend In a Coma,” in 2014.  In the series, Cosgrove plays the daughter of a woman named Karen who falls into a 17-year-long coma after losing her virginity. Former Child Star Christina Ricci was originally cast to play Karen but Hilary Duff (yet another former child star) is now rumored to be a front runner for the role. Stay posted! 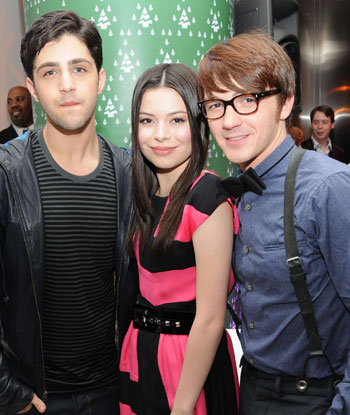