You are here:Home-Auditions, Casting Calls, THE BUZZ-CASTING SANTAs POP STAR DAUGHTER!
Previous Next

An Emmy-nominated Production Company that has produced and sold hit television shows for NBC, ABC, VH1, A&E and DISCOVERY is NOW CASTING A TEENAGE GIRL WHO CAN ACT AND SING.  Talent must appear to be between the ages of 14 years to 17 years of age for a scripted Christmas-themed television series! (LOS ANGELES ONLY)

MUST APPEAR BETWEEN AGES 14-17 YEAR OLD. Lexi is Santa’s very attractive teen daughter who wants to be a bubble gum pop Disney Star! She’s wholesome but starting to reach the age where boys find her attractive and she’s learning to use that to her advantage. Spoiled her whole life by Santa and Mrs. Claus, Lexi is entitled but her father has NEVER let her use her celebrity until NOW. 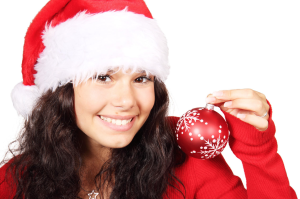 She’s trying to make up for lost time and her sheltered upbringing. Santa Claus like any good father is in denial about his blossoming daughter. COMEDY CHOPS A MUST, SINGER A BIG PLUS.

Please include headshot, resume, and link to reel and email to: CHRISTMASSHOWCASTING2015@GMAIL.COM. (SUBJECT LINE – LEXI).