You knew it was only a matter of time. After all, Mom and Dad are gorgeous and have posed for more than their share of advertisements and pictorials. 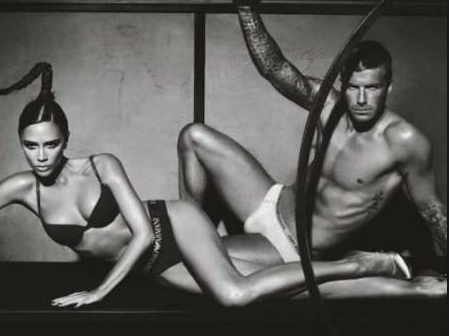 Little Brother Romeo became a Burberry Model at age 10. And if the formal photo credentials aren’t enough, the entire Beckham clan has been photographed by the paparazzi ad nauseam. But now it’s Beckham’s time to step into the spotlight and if his shoot in Man About Town Magazine is any indication, the 15 year old has quite the modeling career ahead of him if he chooses that path. 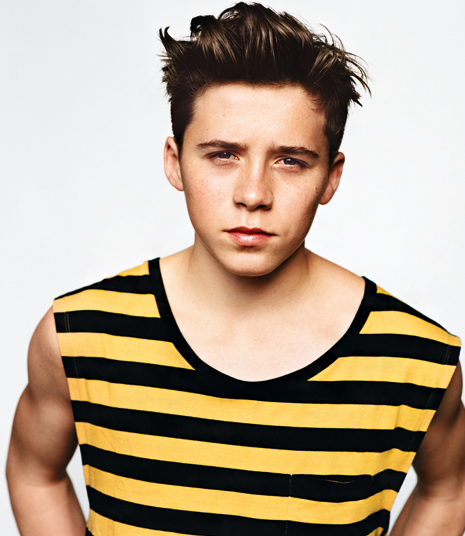 Anyone who can successfully rock a bumble bee muscle tee deserves the title “Super Model.” 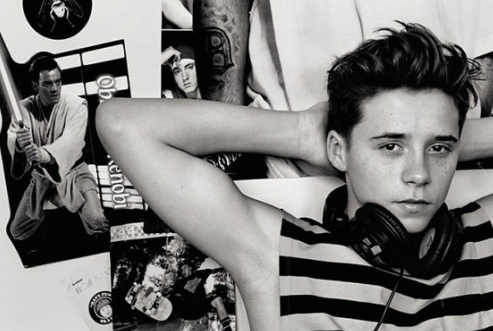 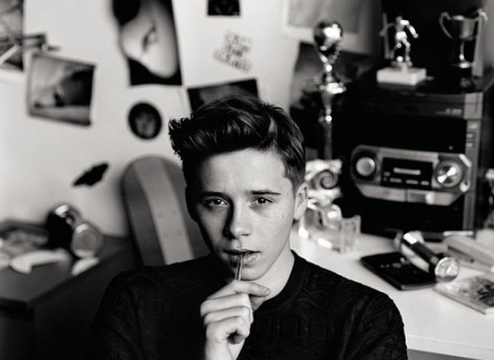 Brooklyn appears to be contemplating his future. Will modeling be part of his big picture? Our guess is he can do whatever he wants. 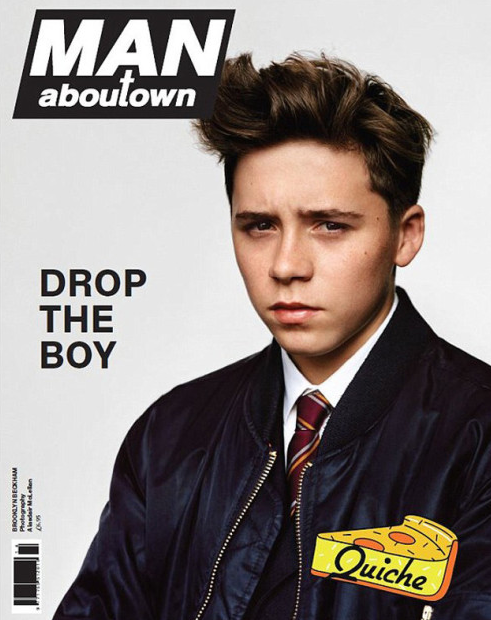