You are here:Home-THE BUZZ-Make ROOM for Child Actor JACOB TREMBLAY
Previous Next

Abrahamson was quoted by Vulture at the EW Fest: 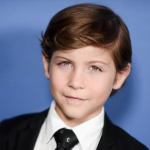 ‘There were times when I used to say to the various people including the author of the novel, “Don’t worry about it. Top professional people are working on this. We find genius kids all the time.” Then I’d go home and I’d have the night sweats. We saw hundreds of kids. There were plenty of extraordinary kids that you could watch forever but you absolutely knew there was no way they’d be able to handle the drama of this film. There are some films where what you want is for the kid to be able to be themselves and just occupy that space on screen but that’s not enough for this. There’s a big arc for the characters. So eventually Jake Tremblay popped up out of Vancouver. He’s this really extraordinary kid who … I worked with him for a while to see how hyperactive he was, how robust he was, and he really is extraordinary. He’s going to be a great one. He has that talent — whatever that talent is that really great actors are born with — but you’re still asking someone who’s been playing the violin for two years to do a Paganini piece, so it’s still an amazing process of working with him. It’s the most challenging and the most rewarding thing I’ve ever done as a filmmaker, but yeah finding him was the single biggest stroke of luck I think in the arrival of this finished film.’ 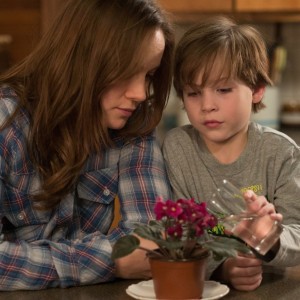 ROOM tells the extraordinary story of Jack, a spirited 5-year-old who is looked after by his loving and devoted mother. Like any good mother, Ma dedicates herself to keeping Jack happy and safe, nurturing him with warmth and love and doing typical things like playing games and telling stories. Their life, however, is anything but typical–they are trapped–confined to a windowless, 10-by-10-foot space that Ma has euphemistically named Room. Ma has created a whole universe for Jack within Room, and she will stop at nothing to ensure that, even in this treacherous environment, Jack is able to live a complete and fulfilling life. But as Jack’s curiosity about their situation grows, and Ma’s resilience reaches its breaking point, they enact a risky plan to escape, ultimately bringing them face-to-face with what may turn out to be the scariest thing yet: the real world.

Jacob is represented by Brian Nossokoff at UTA, Kalee Harris of Play Management, and Shelter PR. While young, Tremblay is no newcomer, having worked in film and television since 2013, and commercial work prior to that. He can next be seen the anticipated, “Book of Henry.”