You are here:Home-CHILD ACTORS, Child Stars, Giving Back, THE HOLLYWOOD LIFE-Teen Star, Jonah Bobo to Emcee “KD FUN DAY” May 8, 2010 in Carlsbad!
Previous Next

On May 8, 2010, the Kawasaki Disease (KD) Foundation hopes to raise $25,000 with KD Fun Day, an event which launches the Quest for a Diagnostic Test, in support of scientists at the UC San Diego Kawasaki Disease Research Center working to create the vital diagnostic test for Kawasaki Disease.  The KD Foundation will donate all proceeds from the KD Fun Day Quest for a Diagnostic Test to the UC San Diego Kawasaki Disease Research Center, along with a 25% match on the first $15,000 of donations. Unfortunately, there is currently no diagnostic test for KD Disease which is the leading cause of acquired heart disease in children.  A staggering 80% of KD patients are younger than five years old and these children have a good chance of recovery when properly diagnosed. However, when KD is left untreated or misdiagnosed, Kawasaki Disease can lead to fatal coronary artery aneurysms. 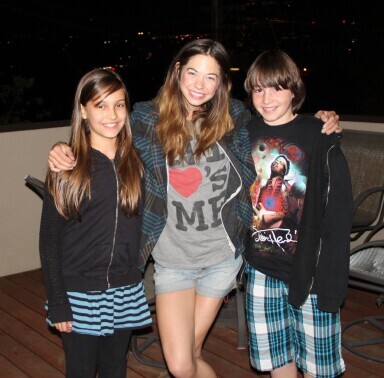 KD Fun Day will be emceed by one of our favorite teens, Jonah Bobo, a 13-year-old native New Yorker who also happens to be a star of both film and television (pictured left with current co-star Analeigh Tipton and family friend Jordan Bobbitt).  Jonah has become well-known to kids across America as the voice of Austin in The Backyardigans and Todd in Disney’s Fox and the Hound 2.  He is probably most recognized as Danny in the feature film Zathura: A Space Adventure but has also starred in The Best Thief in the World, Around the Bend, Strangers with Candy and the 2008’s Sundance sweetheart film, Choke with Sam Rockwell and Angelica Houston. Jonah is currently in California working on an as-of-yet-untitled ensemble comedy also starring Steve Carrell, Julianne Moore, Ryan Gosling, Emma Stone, Analeigh Tipton and child actress Joey King. We had the pleasure of Jonah’s company for about 2 weeks earlier this month and I can say with some authority that the next field he’ll conquer is Rock-n-Roll.  I don’t think this kid has ever met a guitar he didn’t like. When they make “School of Rock  – the sequel” Jonah should be the first kid they cast, right after big kid Jack Black.

Jonah contributes his time and efforts to a number of worthwhile charities and has close ties with Team Continuum and Project Sunshine. Upon learning about the seriousness of Kawasaki Disease, Jonah immediately volunteered to be a part of Quest for a Diagnostic Test Fun Day! 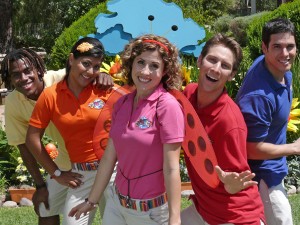 Festivities will take place at Stagecoach Community Park, 3420 Camino de los Coches, in Carlsbad, CA.  Funday activities include face painting, balloon animals, music, performances, prizes, opportunity drawing, giveaways, entertainment, professional photography and even the cows from Chick-Fil-A to entertain the kids and fun for the whole family!   Entertainment will be provided by Playball, The Hullaballo Band, JW Tumbles and our other friends, The Jumpitz (pictured right), and a number of generous sponsors will be on hand with their wares including: Dasani Water, Costco, our family’s favorite grocery store Trader Joe’s, Dick’s, GG Benitez & Associates, Shakeys Pizza, The Winespot and many more.

If you can’t make it down to Carlsbad but want to help out with this extremely worthwhile cause please donate here. You can read more about the foundation and the disease, here. 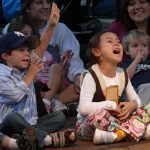 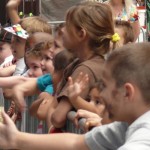 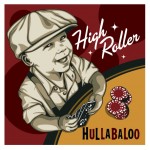