Child Star of TV and film came out to the Gibson Amphitheater for the 2013 Nickelodeon Teen Choice Awards.  What I like the most about award ceremonies like this, is the freedom to dress up–or not–without having to squeeze into a gown or tux. Young celebrities can just have fun with fashion, letting their personalities shine through. Below are my best-dressed picks from the night.

Gabby Douglas brought the sun in an Izmaylova dress, the same designer she wowed in at the ESPY’s. She (or her stylist) knows what works! 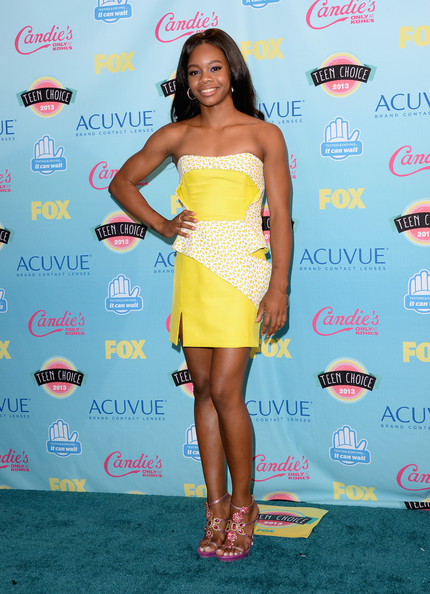 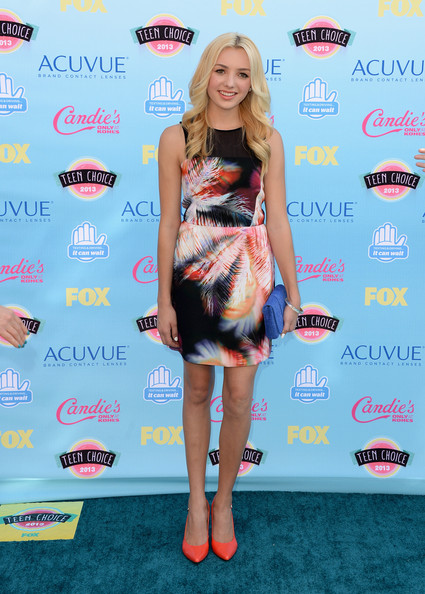 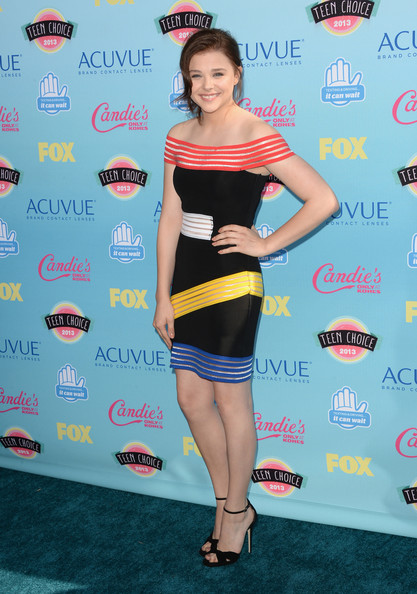 Joey King 14, looked summer perfect in a strapless lime and periwinkle sundress by Moschino with hidden pockets and jewel embellishments. She finished the look with strappy high heel sandals by Jellypop shoes. 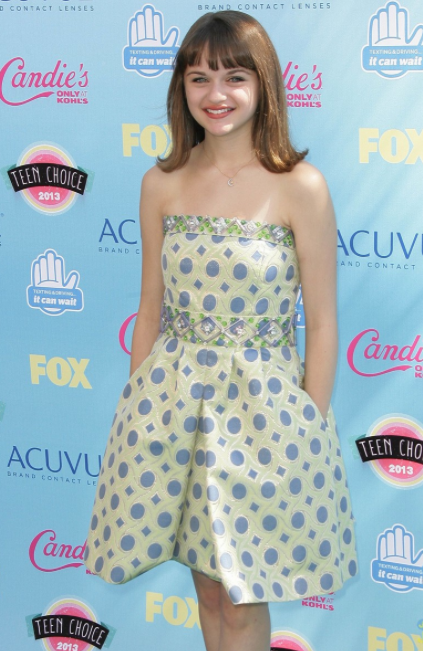 Wildcard: Even though Lily Collins’ Fausto Puglisi skirt has received mixed reviews, there is something about her look I really like. It’s one of those things you keep coming back to, but not sure why. And the reason I bring her up (because she is over the child star age limit) is that I could have seen Bella Thorne pull this off. Bella was actually wearing the same designer, but in a top that was overwhelming more than flattering. 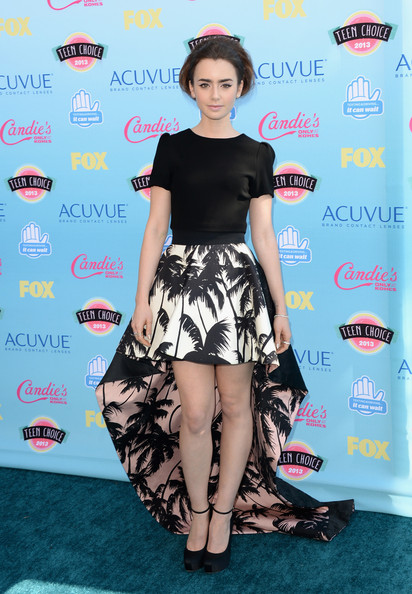