FORMER CHILD STAR: From Sister to Mom in an Instant! TIA MOWRY

You are here:Home-Former Child Stars, THE BUZZ, Then & Now-FORMER CHILD STAR: From Sister to Mom in an Instant! TIA MOWRY
Previous Next

FORMER CHILD STAR: From Sister to Mom in an Instant! TIA MOWRY

Former “Sister Sister” child star Tia Mowry, now Tia Mowry-Hardrict, has a new NickMom series filming on her old Paramount lot, “Instant Mom.”  Which is fitting as Tia is now herself a parent with husband and fellow actor Cory Hardrict, to son Cree. 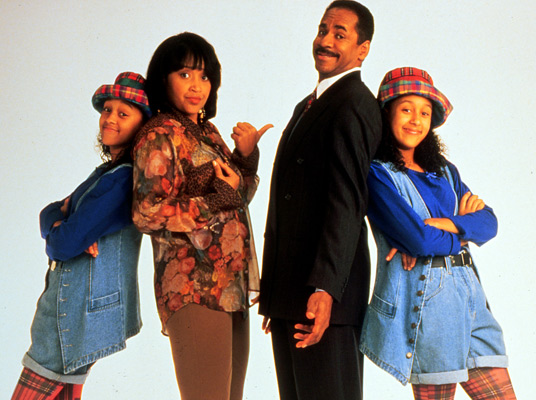 Mowry realizes acting is in her son’s blood so to speak but expresses that she would like him to complete his education prior to dipping his feet in the acting waters.

“I want him to finish college and go to school. He can do whatever he wants after that,” she says. However, if her son did insist on professionally acting at an early age, Tia said she’d be supportive: “If that’s what he wants to do and he’s verbalizing it to me, I’d have to support him, but it’s not my goal for him right now.”

Tia relates that while juggling a career as a child while going to school is “a lot of work,” the industry itself is not to blame for child stars gone wrong.

Per Deadline.com, Instant Mom will premiere September 29 at 8:30 p.m. on Nick at Nite. The family comedy received a vote of confidence from the network with an order for seven additional episodes ahead of the premiere, bringing Instant Mom‘s freshman season up to a healthy 20 episodes. The series is executive produced by showrunner Howard Gould and Aaron Kaplan.