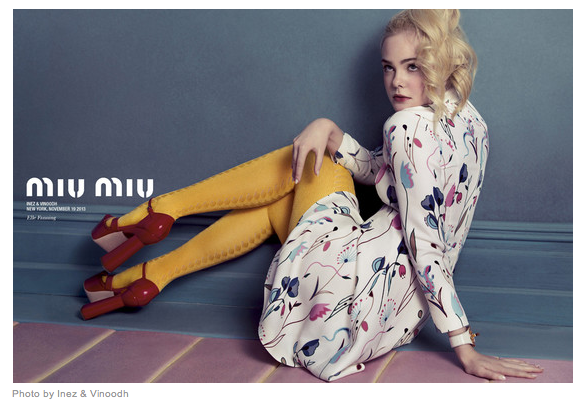 In the photo series, Fanning poses for Inez and Vinoodh with a messy updo wearing a 70’s inspired print dress paired with mustard and cranberry tights and cranberry platforms. 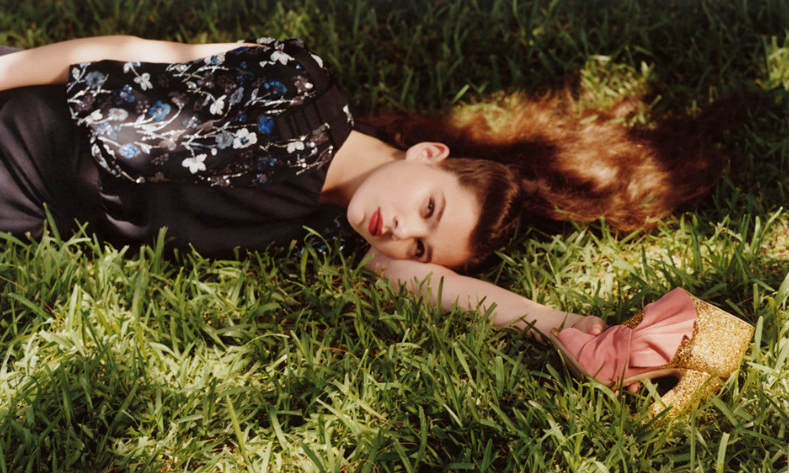 Fanning has amassed quite a modeling portfolio for a 15 year old having all ready worked for Rodarte, J.Estina, Marc by Marc Jacobs.

But not everyone approves of children working in this industry as illustrated in this recent article by Tansy Hoskins in which she reports:

Elle is represented by WME theatrically, UTA commercially and her management team is Echo Lake Management.