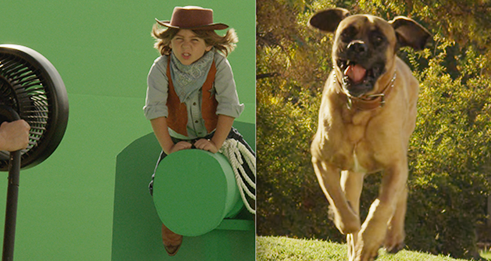 “Everything was my favorite part!” Kascee told his mom, “I never want it to end.” 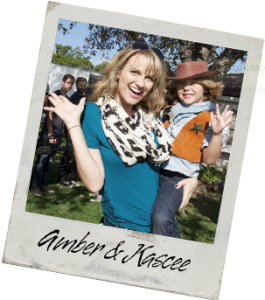 After his initial audition for the role, Kascee told his mother Kim Wade, “I did really good Mommy! They loved the faces I made in the room and I made them laugh. It was fun! I hope I get THAT job, I’d get to work with a HUGE dog!”

Producer Amber Gill tells HMB, “We knew Kascee was the ‘Cowboy Kid’ the second we saw and met with him. It was obvious Kascee is a happy and super fun kid. Ironically, he had the best angry face we’ve ever seen on a five-year-old. He took direction well and was so incredibly cute!”

While he may only be five, according to his Mom he took the “having fun” business very seriously and recalls that when they reshot scenes, Kascee was all for it because it meant being on set longer. 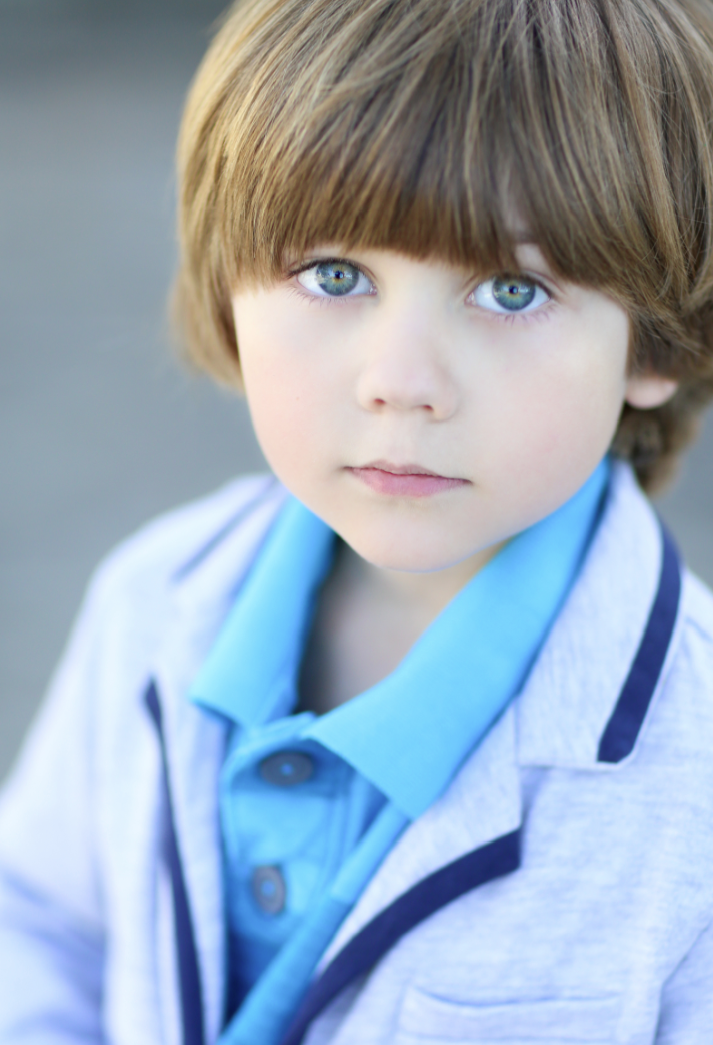 According to Mom Kim, Kascee loved working with the entire cast and crew, but  especially took to fellow child actor Will Jennings, who plays his older brother.  The two boys had not met previously but they hit it off instantly. Kim says, “Kascee has an older brother who is 11 that he gets along with really well so these two hitting it off was really no surprise.”

Kascee also enjoyed petting Ben the dog between takes. He learned that he had to let Ben have his own space because just like human actors, Ben had to be able to focus on each scene without distraction.

Another part of this commercial experience Kascee was entertained by was watching himself on playback from the directors chair. He even offered up his opinion on the scenes. According to Kim, “It made him feel like he was even more involved and would come running to me  afterwards squealing and telling me everything he got to see and do.”

As each scene finished filming there were crew discussions about setting up for the next shot. During these conversations, Kascee and Will would hang out with producer Amber Gill reading her jokes out of a book that was brought to set to entertain the boys. Amber took pictures with the kids and kept them really engaged in every aspect of the process.  Hollywood Mom Kim Wade says, “It was an incredible experience to be part of something so encompassing and wholesome.”

Kascee’s favorite scenes involved the green screen work and lasso. A green cylinder cut out was shaped and sized similarly to the Great Dane.   “Everything was my favorite part!” Kascee told his mom on his last day on set. “I never want it to end.”

Mom shares that Kascee filmed a few scenes for The Hunger Games, one of which made it onto the theater screens. She shares, “He’s only onscreen for a second, but he swears it’s his claim to fame!”  Kascee is non-union and represented by Paloma Model and Talent. Will Jennings is represented by Nicole Jolley and Milton Perea at AEF.