You are here:Home-CHILD STAR STYLE, On the Red Carpet, THE BUZZ-CHILD STAR STYLE: Actress HAILEE STEINFELD Reveals her Inner Punk at the 2013 Met Ball Gala
Previous Next

If there was a Met Ball to attend as a teenager, this year’s theme was one you didn’t want to miss. Oscar-nominated actress Hailee Steinfeld, 16, attended the 2013 Costume Institute Gala at the Metropolitan Museum of Art on Monday, May 6 in New York City. The annual star-studded event celebrated the opening of the Punk: Chaos to Couture exhibition and had many attendees rockin’ out the theme.

At first glance you might just miss that her custom Donna Karan Atelier dress is covered in gold bursts of safety pins—very punk. And like many of the A-listers in attendance, she played up the eye makeup—also very punk era—with a sharp-edged cat eye and a deep shade of green. She finished off her ensemble with side-swept waves, gold spiked jewelry, and Jimmy Choo shoes.

Hailee currently has a laundry list of movies in pre and post-production, one of which is another remake of Romeo and Juliet where she plays the tragic heroine of Shakespeare’s epic romance. Her breakout role, for which she was nominated for an Academy Award was 2010’s western “True Grit,” starring alongside Hollywood veterans Jeff Bridges, Josh Brolin and Matt Damon.

What did you think of Hailee’s punk-inspired look? 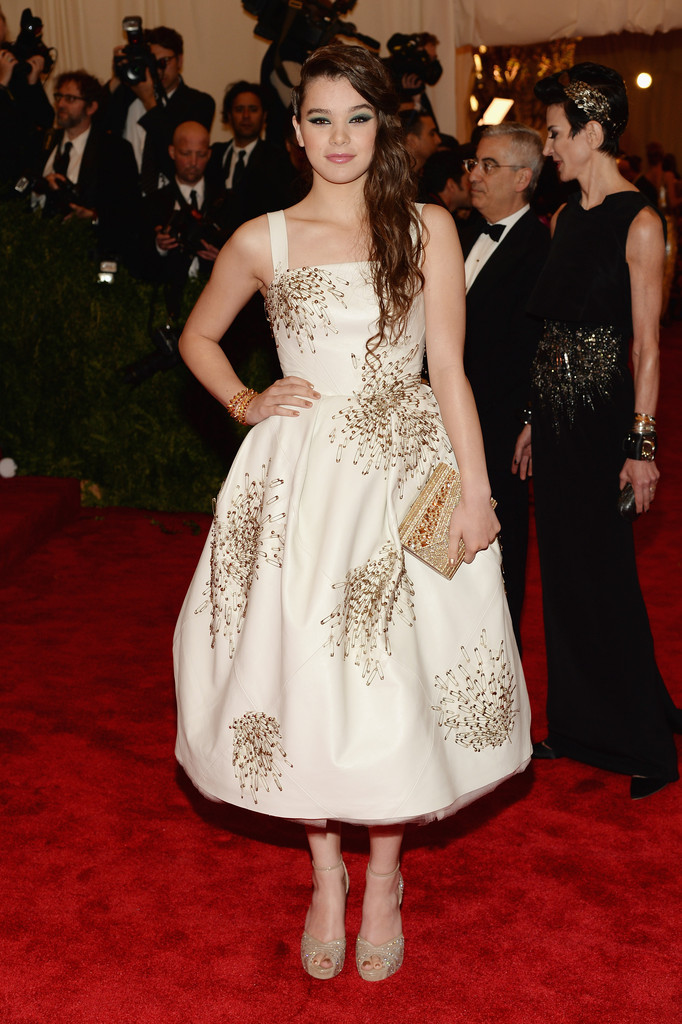