You are here:Home-CHILD STAR STYLE, On the Red Carpet, Rowan Blanchard, THE BUZZ-CHILD STAR STYLE: Rowan Rules the Yellow Carpet of “Despicable Me 2” @rowblanchard
Previous Next

There certainly was nothing despicable about the yellow carpet arrivals at the Despicable Me 2 premiere on Saturday, June 22nd at the Gibson Amphitheatre in Universal City, California. Below are some of our favorite fashion picks from the night. 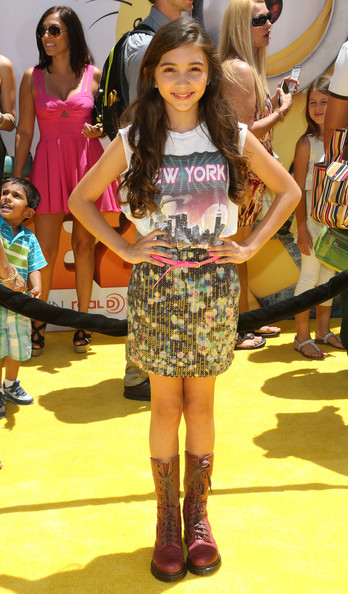 Rowan Blanchard, 11, (above) blended dressy and casual with a New York graphic tee from Forever 21 and sequin skirt. She was definitely one of my favorites—a perfect outfit for this kind of premiere. Rowan will star as Riley Matthews (Cory and Topanga’s daughter!!) in Girl Meets World, the highly anticipated sequel to hit 90s sitcom Boy Meets World. 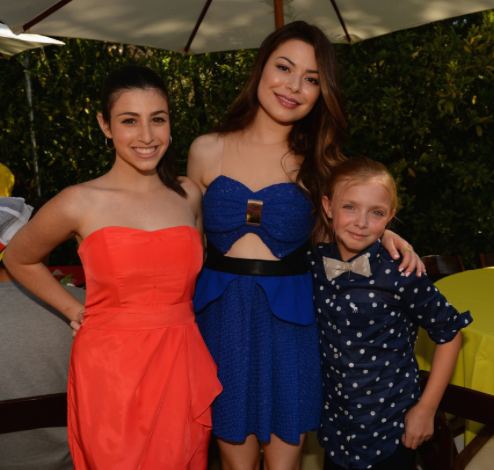 Dana Gaier,15, who voices Edith in the film, looks summer cool in a coral strapless dress with ruffle detail.

Elsie Fisher, 9, the voice of Agnes, isn’t taking herself seriously in the adorable polka dot and bow tie combination.

Dana and Elsie joined their big sister in the film, former Nickelodeon child star Miranda Cosgrove, 20, who was wearing a Three Floor cobalt blue dress with illusion cutout detail. While I loved the color and playful detail of the dress, I actually preferred the black Paule Ka dress Miranda wore for the Australian premiere on June 5th. Which look do you like best? 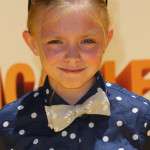 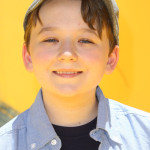 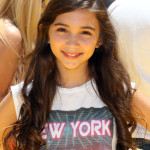