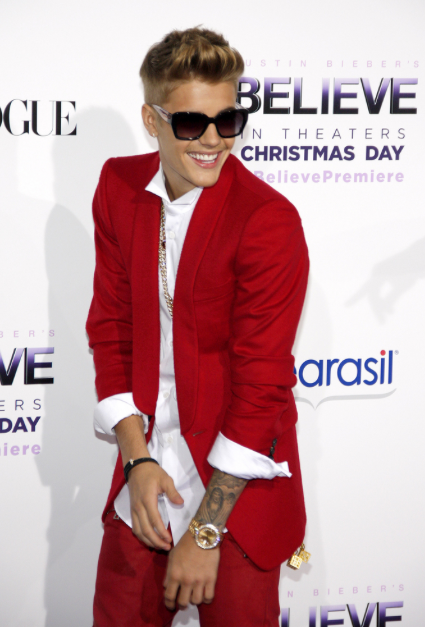 Celebrity Beliebers hit the purple carpet at the Regal Cinemas L.A. Live on Wednesday, December 18th for the premiere of Justin Bieber’s latest documentary “Believe.”  The film, which opened nationwide Christmas Day, is said to be unfiltered and brutally honest with Justin talking openly about his music, his relationships and life behind the tour.  Never one to detract attention, Justin worked a hip-hop Santa vibe as he walked the carpet with his Hollywood Mom Pattie Millette, donning a bright red suit, gold chains, and oversized sunglasses. Although the night was all about Justin, there were a handful of young fashionistas who caught my eye. Below are some of my favorites. 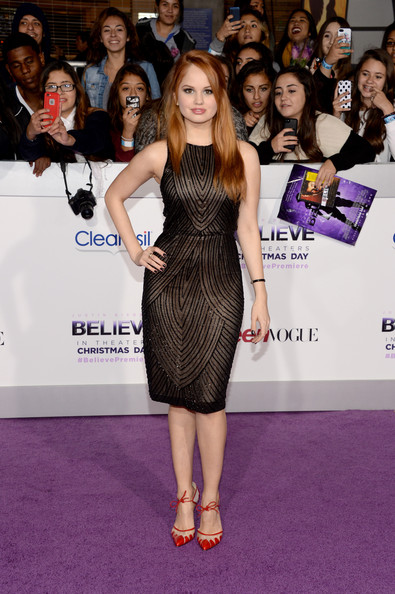 Even though she is no longer a child star, Debby Ryan still has a lot of fashion influence on her young fans. The 20-year old Jessie star, who was acting as co-host for MTV and just this week released the single “Santa Baby” with her band The Never Ending, looked stunning and sophisticated in a Rachel Gilbert dress paired with strappy red Bionda Castana heels. Designers who use line detail like in this dress really know how to dress women to flatter their figures. 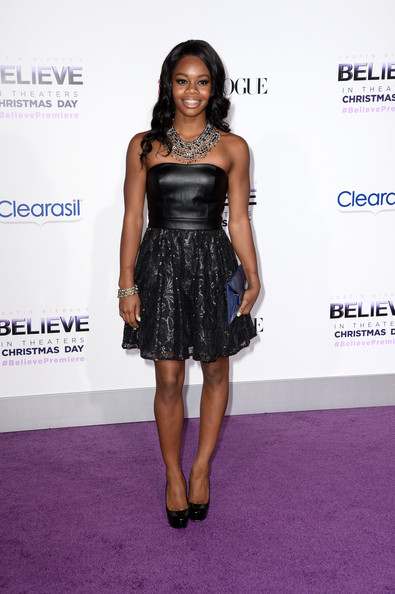 Olympian Gabby Douglas, 17, knows how to rock the leather as she appeared in a black dress with short sequin skirt and leather bodice. She added extra drama with a multi-strand bib necklace. 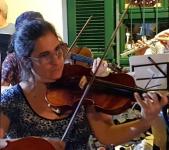 Disney star Katherine McNamara, 17, slithered down the carpet in an a-line snake print dress and side fishtail braid. 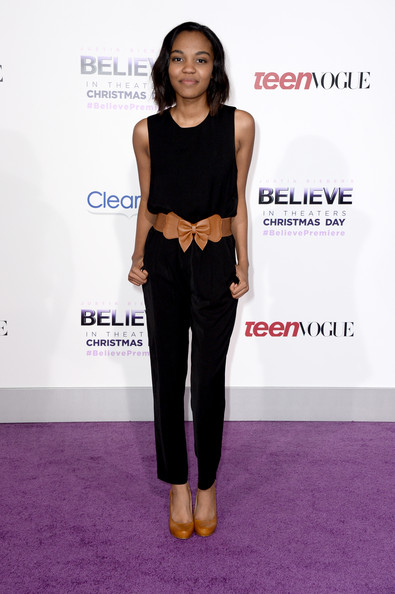 Whose look was your favorite, and better yet, whose career will you be following in 2014? I’m admittedly a Debby Ryan fan-mom (I’ve seen 16 Wishes and Radio Rebel more than just a few times), and think she’s one of the next best female comediennes and performers on the rise.