FROM THE MOMAGER TRENCHES: Child Actors, The PADDOCK TWINS, Are Taking NYC By Storm!

You are here:Home-From the Momager Trenches, Parents of Child Actors, THE BUZZ-FROM THE MOMAGER TRENCHES: Child Actors, The PADDOCK TWINS, Are Taking NYC By Storm!
Previous Next

FROM THE MOMAGER TRENCHES: Child Actors, The PADDOCK TWINS, Are Taking NYC By Storm!

I have to begin my first post by saying how honored I am to be writing this column for the next five weeks.  Three years ago, the Hollywood Mom Blog was the first thing that popped up in my Google search when my husband and I found ourselves faced with the unexpected decision to let our then 18 month old twins Caleb and Matthew enter the wild world that is the film industry.  After anxiously hitting send on an email to Tracy [Bobbitt HMB Editor] it was literally moments later that she scooped me up under her wing and took to the skies!  Now here I am three years later, holed up in the middle of a record-breaking snow storm with my entire life packed into eight Rubbermaid totes at the front door, waiting for a break in the weather so I can drive to New York City where I will be living with our four year old twins for the next five weeks.

To be honest, I’m not entirely sure how we got here.  My husband and I were blessed with identical twin boys which we later came to find out are very advantageous in the industry.  However, we live in the suburbs of Detroit, Michigan so getting them involved in professional acting was something that never even crossed our minds.  That is, until a local casting director approached my mother’s of multiples club looking for a set of eighteen month old identical twin boys for a “featured-extra” role in Jason Segal’s movie Five Year Engagement and our sons happened to be exactly what they were looking!  Turns out, our little boys had the perfect disposition for film work and everyone up to the director was impressed with their behavior on set.  But most importantly, the boys had a blast.  Just months later, thanks to Tracy Bobbitt and the Hollywood Mom Blog, our boys were offered a recurring role on a new television show via their very first video audition.   At the time we weren’t ready.  We barely had our feet wet in this crazy business and we simply weren’t ready to split our family apart to spend every penny our sons earned in order to live in Los Angeles as local hires.  But as we would come to learn, each step of this journey leads to the next- even when you turn down what most would consider the opportunity of a lifetime.  Our boys had caught the eye of an incredible Los Angeles management team who offered to represent them while we stayed here at home in Detroit- the best of both worlds while we learned the ropes.

At that point, our goal was simply to keep our foot in the door long enough to let our boys decide if they wanted to continue acting.  Deciding to dive head first into Hollywood is a monumental decision even when you have an older child who is truly passionate about acting.  We had toddlers.  They had as much of an opinion on acting as they had ability not to wet themselves.  So we started dabbling in our “local” market, which meant traveling back for forth to Cleveland, Ohio for print work.  As it happens, one thing led to the next.  The boys booked a print shoot in New York City, a small scene in an independent film in Michigan, a GAP Kids callback in Los Angeles, and a commercial in Chicago.  We stopped to re-evaluate after each opportunity, still buying time until the boys were old enough to tell us if they truly wanted to continue acting.  Little did we know they would make this decision at 3 years old when they were blessed with the opportunity to do some photo double work in Ryan Gosling’s directorial debut How To Catch A Monster.  They loved being on set.  They were bummed on their days off.  And once the project wrapped, they spent weeks and weeks asking when they could go back and film with “Mr. Ryan” again.

That was last June.  The boys turned four in September 2013 and shortly thereafter were requested to audition via video for their first lead role.  We forwarded the video to our management team and, as we have learned to do, didn’t think of it again, until the film’s director wanted to Skype with us from New York City.  It was a bit of a shock.  There simply aren’t many lead roles in feature films for four year olds and to think our sons were in the running for one took a long time to sink in.  By the time it did sink in, they had booked the job. 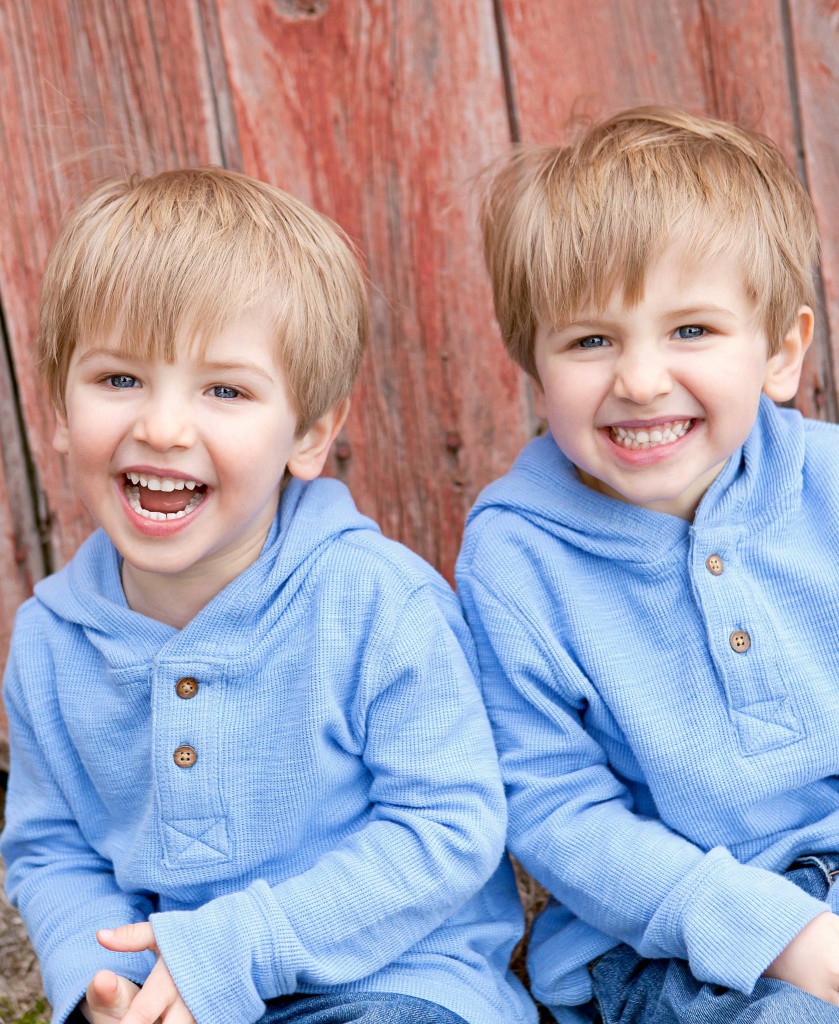 The toughest part of being the parent of child actors has been the last-minute-ness of it all.  The film industry tells time in its own way.  It waits for no one and leaves very little time for planning.  It’s a lot of hurry up and wait.  A lot of last minute news.  We got the boys’ deal memo two days before we were supposed to move half-way across the country.  We scrambled to pack.  I stopped momentarily- both in an attempt to process the fact that our boys just landed their first lead role and also to question if we were doing the right thing.  It’s a question I ask a lot these days.  I stopped long enough to ask our boys if they really wanted to do this.  If they really wanted to move to New York City to act full time.  I asked them once.  Then again.  And again.  Each time they exclaimed “Yes mommy!”  So I kept packing.  I paused once more while dumping the boys’ underwear drawer into a Rubbermaid tote.  Though they are four years old, our boys are tiny- just this week  while playing outside another dad asked if they were two.  I looked at how tiny their underwear are and a few tears fell.  My babies weren’t babies anymore- they were actors headed to the big city.  Little boys living the dream of many adults who have been in this business for years.  It’s hard to describe how the pride and excitement mixed with the fear and the doubt.  But I smiled and dumped their tiny little socks in on top of their tiny little underwear.  Within a few hours I had packed up our entire life and stacked it by the front door.

Of course no adventure is complete without a little excitement and for us that excitement came in the form of 12+ inches of snow.  We’re hoping and praying that we can hit the road later today and make it to NYC in time for meetings and fittings and hair appointments tomorrow afternoon.  In the meantime, I’m trying to soak up every last minute of time at home with my family.  It will be at least six days before my husband flies out for his first weekend visit.  While my mom will be coming with me for the duration of our trip, I will be starting the biggest journey of our sons young lives without my husband and without their dad.  It’s a roller coaster of emotions, a snowstorm if you will – but my little boys are leading the way with giant smiles on their faces and excitement in their hearts.  We’re ready to take NYC by storm and I hope you’ll join us as I chronicle our journey for “From The Momager Trenches”! 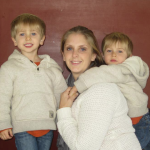 Elizabeth Paddock is a clinical social worker turned stay at home mom to identical twin boys, actors Caleb and Matthew.  She writes part for the medical television show “Ask. Dr. Nandi,” and home school her first grade sons.  She has a family blog “Love, Learn Play” on Facebook at https://www.facebook.com/LoveLearnPlay .  The boys  have done several print jobs for “Little Tikes” and “Step 2,” have a national commercial running for New York Life, and filmed Five Year Engagement and completed photo double work for How To Catch A Monster.