Pilot season is upon us and unless you plan ahead, your child actor may be without a top acting coach just when he or she needs one most!

Fortunately there is a new acting studio especially for child actors in the San Fernando Valley, Center Stage Workshop. The studio was formed by 30 year veteran actor, Michael Spound and Emmy-nominated television director, Karen Wilkens, as a way of giving students the tools they will need for a lifetime of acting. 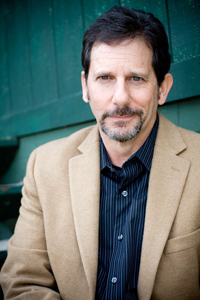 According to Spound, “Our goal is to help ignite the spark and passion that these children have naturally by creating a small, safe, and FUN place where they can begin to learn the process of creating a character and learn how to breakdown a scene and a script.”

Working out of The Whitefire Theater in Sherman Oaks since last summer, Michael and Karen have had great success with their CSW kids getting work in television and film, but more importantly the kids keep coming back, session after session.

Karen notes, “So many of these kids acting classes or intensives are interested in the final result – how to get the job. Getting the job is very important, but our goal is to give our acting students the tools they need to succeed on stage or in front of the camera over the long haul.  CSW is all about the journey.” 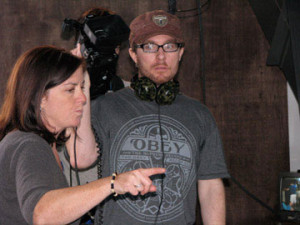 And when it comes to understanding the professional actors journey, Spound and Wilkens are more than qualified. “I have been acting professionally for over 30 years,” says Michael. “I’ve been on Broadway, done features and guest starred on television and I’ve been a series regular. Karen has been a respected director for more than 15 years.”

“We recently wrote and produced a pilot presentation and were even able to use a few of our CSW students,” Karen said.  “We have done it all from auditions to table reads to rewrites on the fly and we know what it takes to land a job. But, I think the key for Mike and I is that we genuinely like our young students and want to empower them to succeed.”

Visit Center Stage Workshop online at www.centerstageworkshop.com. Their next workshop starts February 22, 2014 at The Whitefire Theatre in Sherman Oaks. The workshop will focus on cold readings, audition prep and table-reading prep.  As sessions fill up quickly with a maximum of only 10-12 kids per session, rest assured that affordable private coaching is available from CSW as well. They have several private coaching packages available, each designed to give your child actor a better chance at that next important audition.