You are here:Home-CHILD ACTORS, Child Stars, In the News, THE BUZZ-Who Discovered “BLACK OR WHITE” Child Actor JILLIAN ESTELL?
Previous Next

The story you’re most likely to hear about the new film “Black or White” child actor Jillian Estell is that the Texas native “had no idea who Oscar winner Kevin Costner was when she auditioned for the role of his granddaughter.”

But that’s not terribly surprising considering most 8 and 9 year olds have the Disney Channel on perpetual loop and Disney Execs aren’t likely to work “Bull Durham” into rotation anytime soon.

You may also read that when Jillian was told (on her ninth birthday) that she’d landed the part, she spent her birthday watching ”Field of Dreams.” 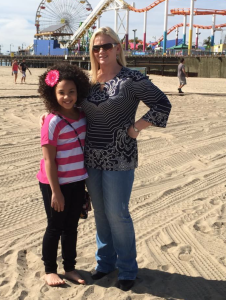 Here’s what you likely didn’t know: “Black or White” scribe Mike Binder says of Estell, “Not only is she a great actress and not only did she win that part, but you can’t believe she’s eight. She acts like she’s twenty. She’s so sharp.”

According to the DFW NBC news affiliate, home-schooled Jillian had previously modeled, acted in commercials for Westinghouse and Chuck E. Cheese and worked on a Christian Family Film, but had not been in anything on scale with this production.

Estell’s words of advice for other young actors:

[typography font=”Marck Script” size=”19″ size_format=”px” color=”#09adb3″]“Stay positive and never look down on yourself. Always believe that God is holding your hand through all of it. And when it’s your turn, it’s your turn.”[/typography]

“It’s emotional. She’s worked very hard and we just see it as it all in God’s plans, because it’s being in the right place, at the right time, with the right people,” said Jillian’s Hollywood Mom Kristin Estell (pictured right with Jillian). Watch their L.A. journey on flipagram here.

So, how did Costner and Binder find this young talent? 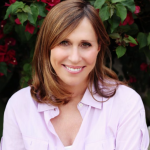 Binder: “Sharon Bialy, the casting director I’ve worked with forever. She’s amazing, and she put together a great cast. She looked at well over 1,000 girls from all over the country.

[Jillian] lived in Texas and had been in one part of the movie, and she really went out and did battle for the role.”

FYI: Sharon has written a book called, “How to Audition on Camera.” 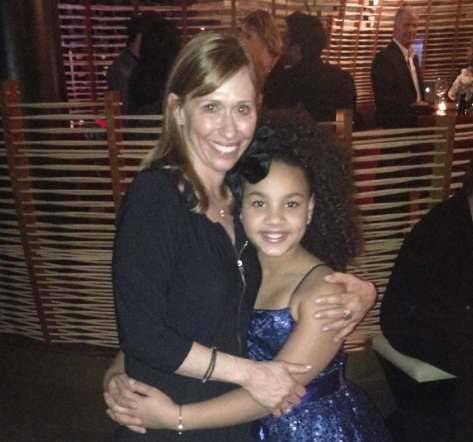 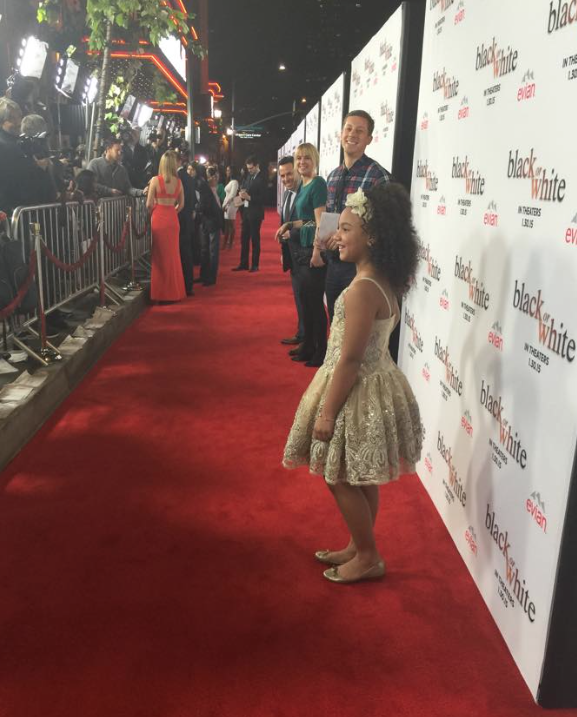 “Black or White” Child Star Jillian Estell on the red carpet of the premiere screening.

The talented cast of “Black or White” (featuring Child Star Jillian Estell) at the premiere of their special film.