You are here:Home-Awards & Accolades, CHILD ACTORS, THE BUZZ-Fayette Youth Film Festival
Previous Next

Fayette Youth Film Festival Debuts Friday July 31, 2015 and will be a first of it’s kind gathering of the top young actors of film and television to inform, educate and inspire a film festival audience in Georgia.

Update: The Walking Dead’s Katelyn Nacon will also be presenting and “Miracles From Heaven” child star Hannah Alligood will be attending.

The event will highlight successful young actors in film and television and inspire amateur actors and filmmakers to pursue their dreams. Young actors from around the Southeast will attend and present at the festival to support this cause and give back to the community, including our own Hollywood Mom Blog kids: Major Dodson of “The Walking Dead”, Landon Gimenez of “Resurrection”, Chase Wainscott of Tyler Perry’s “If Loving You Is Wrong,” and Faith Renee Kennedy of “Rectify.” And (full disclosure) I, Hollywood Mom Tracy Bobbitt, am happy to announce that I’ve been asked to serve on the jury of this wonderful festival with many esteemed film and television professionals and to present. So cool! 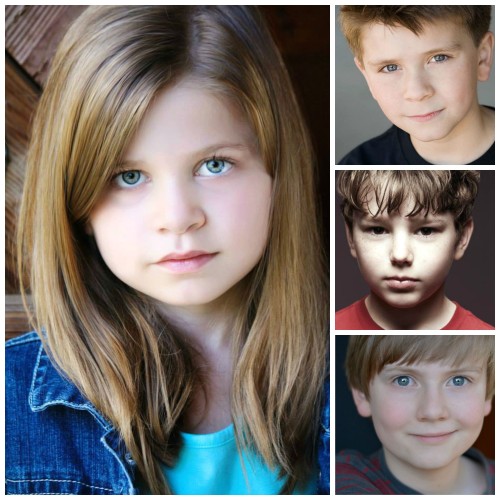 “This event is not just to celebrate youth films,” said Stacie Kilgore, Executive Director Fayette Film Fetival, “It is also a great way to highlight youth talent across a spectrum of areas.” The evening’s events will showcase young filmmakers that have a positive message or unique viewpoint about who they are through this year’s theme, “I AM.”

First and foremost, the festival will screen a select collection of films made by amateur young filmmakers, and will showcase a panel of experts from film and television who will answer audience questions and discuss their own experiences in the growing Georgia film industry.

Just a few of the industry professionals in attendance will be:

The Fayette Film Festival is a new showcase of amateur short films (5 minutes and under) made by youth 19 and younger from all over the globe! Having received film submissions from more than 45 countries, the festival will highlight animated, narrative, and live action shorts not only from the State of Georgia but the World!

The festival was created by, Stacie Kilgore, the mother of a local child actor, to celebrate and embrace all we admire in our youth’s creativity, individuality, and talent. This one-night festival will bring about positive messages and true-to-life youth topics through film.

About I Am Foundation
The I Am Foundation is an organization aimed at breaking the stereotypes associated with our youth. This year, the foundation will grant a scholarship to honor a young life lost in our community, Julia Tarter. This beautiful lady exemplified individuality, strength, and integrity by living a life that honored acceptance and putting others first. Through this foundation, her life will continue to nurture a new generation of young people determined to change their story.